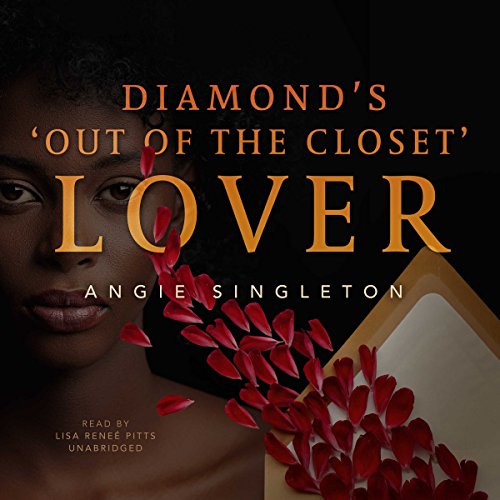 Diamond's 'Out of the Closet' Lover

Does anyone really get a second chance at love? In the newest installment in the Diamond's Fate series, author Angie Singleton once again invites readers into the world of Diamond Pearl Hope, who has had a difficult life struggling with her biracial identity, an abusive relationship, and her estranged family. Now, the 43-year-old anchorwoman is finding herself falling in love again - and it's a lot more complicated than she could have imagined! Diamond loves her job as an investigative reporter, but she can't drown out the ticking of her biological clock. After Diamond left her abusive husband, she didn't think any other man could ever compare to her first love (soulmate). Then, Diamond begins receiving mysterious love letters. Diamond and her girlfriends have no idea who her secret admirer could be, but Diamond's best friend, Cleave, says she will find out soon enough. Cleave denies writing the letters, but Diamond isn't convinced. Cleave and Diamond's amazing trip to Africa brings Diamond closer to finding out who her secret admirer is.