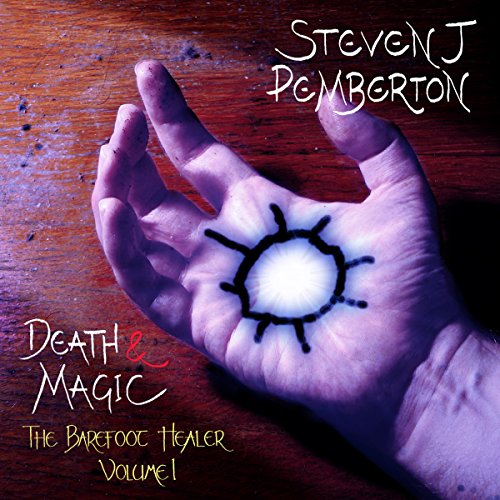 When apprentice wizard Adramal moves to a new school to complete her training, she discovers that several ritual murders have been committed by magic, threatening the fabric of the world. The evidence points to the killer being one of Adramal’s teachers, and the City Watch recruit her to go undercover to unmask the murderer. Can she find what she needs before the killer strikes again or – worse – without blowing her cover and putting her own life in danger?

Mysteries, Murders, and Mayhem mean fun for you!

I like the cover of the book, A hand laying on the floor with a strange symbol staining its palm pulls you right in; the fact that the hand has an off color, and implies death for its owner is also intriguing. The strange purple dust around the hand looks like some sort of drug or poison, and so in one shot you have an intriguing image and an idea of what the book will be about. I wouldn't hang it on my wall, but it certainly served to pull in my attention.

Normally, I am happy when a writer narrates his own story. I know several writer/narrator double threats out there, and I alway think that no one knows the story or characters like the person that creates them, but I have to say that Pemberton just does a decent job. I listen to a ton of books on audible, and log a lot of hours listening, and so I recognize a good narrator when I hear one. Pemberton speaks a little fast for my tastes, and speaks in a low tone, so it almost comes across like a fast whisper. I had a little bit of difficulty understanding what he said in a couple place, and had to back my book up in order to undrstand what he had said. He would be really good if he could just slow down a little and speak up just a touch. Aside from that issue, I think he did a fantastic job.

As for the story . . . WOW. You go through the chapters before you know what is going on. It just sucks you right in, and keeps pulling you in deeper. The mystery of whodunnit is pretty complex, and you will have a new suspect every chapter or so. I could have done without the romance aspect, but it fit in and didn't distract from the overall story. The funny rhing was, once the murderer was made known I wanted to go back and see the clues and hints that Pemberton dropped. Not gonna lie, I had the killer pegged before the end, but it was more of a gut thing.

This is the first book in a series, and I am assuming that many of the characters that debutted here will return later one, which is good, because Pemberton manages to create a unique world that he fills with vibrant characters. Some you want to snuggle, and some you want to punch. Either way, you will be happy to see more of them in the future. Oh, and in case I didn't give him enough credit the mystery and solving thereof is top shelf stuff. Even if you figure out WHO you may be surprised at the WHY. So check this book out today, and you'll find yourself knee deep in the rest of the series.