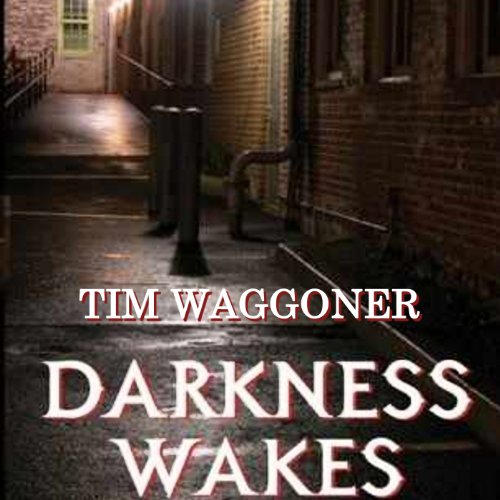 In the small town of Ptolemy, darkness is a living thing. A powerful thing. Its home is in the shadows of a bizarre, hidden club named Penumbra, where it is worshipped by followers who need the pleasure it gives them. They are addicted to it. They live for it. And they kill for it.

When Aaron was first introduced to Penumbra, he thought it was just a secret club where members could indulge their kinkier fantasies. Bit by bit, as he learned the club's true purpose, he began to change in subtle, horrible ways. Now it's time for Aaron to prepare his first human sacrifice to the waiting darkness. It's too late for him to back out now, but murder is the least of Penumbra's sins. The true terror is still to come when...Darkness Wakes.

What would have made Darkness Wakes better?

I cannot think of anything that would have made it better except to have refrained from writing it.

What was most disappointing about Tim Waggoner’s story?

Where to start? Cannibalism, adultery, weird sex, male midlife crisis...someone must have liked it for it to have gotten this far, but the book description was most inaccurate as far as I am concerned. I was expecting much more emphasis on the supernatural aspect and much less on the gory details of cannibalism. Had a nightmare last night after hearing part of the book that I was served a plate of boiled feet. If that isn't yucky, I don't know what is.

Who would you have cast as narrator instead of John Williams?

The narrator, bless his heart, was fine. Kudos to him for having gotten through the material at all.

What character would you cut from Darkness Wakes?

The protagonist. If he had had a bit of character, none of the nauseating mess would have ensued.

Going to return this book if they let me. Caveat emptor.

The Darkness that sleeps within us all

Where does Darkness Wakes rank among all the audiobooks you’ve listened to so far?

One of the best and what a pleasant surprise it was

What was one of the most memorable moments of Darkness Wakes?

The ending even though I had figured out what was going to happen, it happened in a way that I found very appealing.

Have you listened to any of John Williams’s other performances before? How does this one compare?

No, but I will look for Mr. Williams when considering future selections.

Perhaps not an extreme reaction for most listeners but for me and the type of book it is, my extreme reaction was thinking, and a lot of it, about the darkness that dwells within each of us.

A very good tale about the darkness that exists both inside us and outside us and just how closely related they are.

It tries to be sexy but it is just gross

BLAHH!! What I call mind fart and not even entertaining. The narrator sounds like a transvestite when he is trying to do a sexy woman. Its just weird and not in a good way