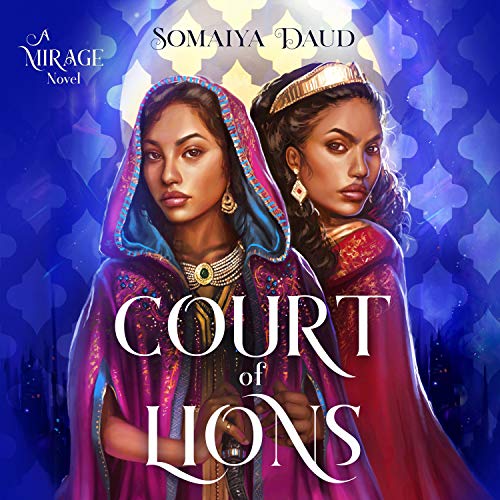 On a planet on the brink of revolution, Amani has been forced into isolation. She’s been torn from the boy she loves and has given up contact with her fellow rebels to protect her family. In taking risks for the rebel cause, Amani may have lost Maram’s trust forever. But the princess is more complex than she seems, and now Amani is once more at her capricious nature. One wrong move could see her executed for high treason.

On the eve of Maram’s marriage to Idris comes an unexpected proposal: In exchange for taking her place in the festivities, Maram will keep Amani’s rebel associations a secret. Alone and desperate, Amani is thrust into the center of the court, navigating the dangerous factions on the princess's behalf. But the court is not what she expects. As a risky plan grows in her mind, and with the rebels poised to make their stand, Amani begins to believe her world might have a future. But every choice she makes comes with a cost. Can Amani risk the ones she loves the most for a war she's not sure she can win?

"In the conclusion to the Mirage duology, identity and self-acceptance are inextricably tied to revolution and the dismantling of colonial oppression and power.... A solid conclusion." (Kirkus)