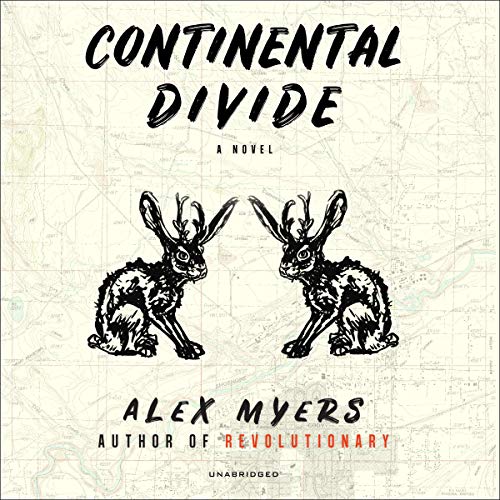 Go west, young man. Isn’t that the advice every east coast boy has considered at least once in his life?

At 19, almost 20, Ron Bancroft thinks those words sound pretty good. Newly out as transgender, Ron finds himself adrift: kicked out by his family, jilted by his girlfriend, and unable to afford to return to college in the fall. So he heads out to Wyoming for a new start, a chance to prove that - even though he was raised as a girl, even though everyone in Boston thinks of him as transgender - he can live as a man. A real man.

In Wyoming, he finds what he was looking for: rugged terrain, wranglers, and a clean slate. He also stumbles into a world more dangerous than he imagined, one of bigotry and violence. And he falls for an intriguing young woman, who seems as interested in him as he is in her. Thus begins Ron’s true adventure, a search not for the right place in America, but the right place within himself to find truth, happiness, and a sense of belonging.

So worth the read. Great narrator, great storyline

This book hits that sweet spot for me, both in a combination of the story and with the perfect narrator. I think it would be hard to write a book that centers a transgender person's experience without burying all that the person is besides being transgender, and without belaboring, nor evading the fact. This book hits that balance.
The book had me, as a heteronormative woman understanding my privilege in a way that has me thinking a lot about it, and all the realities that I live in, such as the privilege of safety because of my hetero gender identity. That is just one of the takeaways from reading the book, besides the pleasure of a well-told story.
And it's just a great story, with wonderful characters that I will miss.
I never write reviews, but this is just an outstanding book that I had to.

trans f/m story, I didn't know I needed.
great vocals,
Cassy rocked, Ron, did in the end.
more like this please.

My son had to read this for college

Upon hearing my son had to read this, as I always have done, I read the book he is reading for school so I can discuss and understand what he is working on; this has become one of my favorite things to do.

That being said, I knew nothing about this book, its content or context. As I moved through it I really liked it. The bottom line I got from this, gender issues aside, is that it is a book about self discovery. It really brings you into the struggles of being transgender, fitting in, and what it is to be a man.

Glad I found it, glad I wash able to experience it.

Most Accurate to my Experience

As a trans guy, this is the most accurate book to my experience that I’ve ever read (well, listened to) and I’ve listened to it five or so times now in the last year and plan to listen to it many more. It’s by far my favorite book and I recommend it to anyone trying to learn about the trans experience.

Really loved this book, but...

Definitely should have a TW at the beginning! As a trans man myself it was pretty triggering to listen to some of the abuse scenes, including the communication/letters from his parents. However, I loved the book, great story and narration!