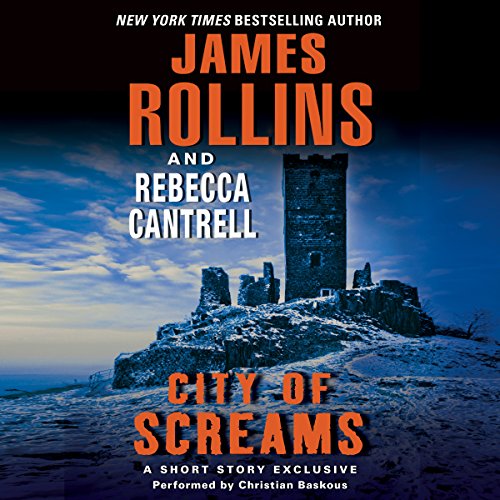 In the haunted, war-torn highlands of Afghanistan, amid the ruins of Shahr-e-Gholghol, an archaeology team is massacred in the night. Sergeant Jordan Stone and his crack forensic team are called in to examine the site, to hunt for the perpetrators of this horrific act. But the discovery of a survivor - a child of 10 - will shatter all the team knows about life and death. Among the crumbling bones of dead kings, something hoary and murderous stirs out of the ancient past, lurching forward to claim vengeance on those still living.

Included with this thrilling story is a sneak peek at The Blood Gospel, where the further exploits of Sergeant Stone and his team will be revealed.

The short stop was only an hour long so very misleading. The preview for the next book was good. I'm looking forward to reading/slash listening to that one. I'm disappointed! I wasted a credit for a poor book and to hear only a portion of a book that sounds promising.

don't waste your money on this. it doesn't expand the story or develop character for the series. it isn't even that good of a standalone short story. dissappointing as I listened to The Blood Gospel first.

This would've been a great listen! But the narrator ruins it with monotone & no emotion in his words. I'll read the book on my own rather than listen to this guy.

the story was good., even though I normally do not use my points for short stories.

These are awesome- get them all so you follow the story. They are a good read. Write more!!