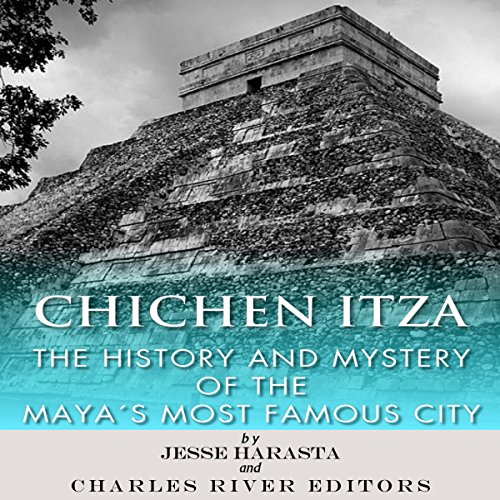 Chichen Itza was inhabited for hundreds of years and was a very influential center in the later years of Maya civilization. At its height, Chichen Itza may have had over 30,000 inhabitants, and with a spectacular pyramid, enormous ball court, observatory and several temples, the builders of this city exceeded even those at Uxmal in developing the use of columns and exterior relief decoration. Of particular interest at Chichen Itza is the sacred cenote, a sinkhole was a focus for Maya rituals around water. Because adequate supplies of water, which rarely collected on the surface of the limestone based Yucatan, were essential for adequate agricultural production, the Maya here considered it of primary importance. Underwater archaeology carried out in the cenote at Chichen Itza revealed that offerings to the Maya rain deity Chaac (which may have included people) were tossed into the sinkhole.

Although Chichen Itza was around for hundreds of years, it had a relatively short period of dominance in the region, lasting from about 800-950 A.D. Today, tourists are taken by guides to a building called the Nunnery for no good reason other than the small rooms reminded the Spaniards of a nunnery back home. Similarly the great pyramid at Chichen Itza is designated El Castillo ("The Castle"), which it almost certainly was not, while the observatory is called El Caracol ("The Snail") for its spiral staircase. Of course, the actual names for these places were lost as the great Maya cities began to lose their populations, one by one. Chichen Itza was partially abandoned in 948, and the culture of the Maya survived in a disorganized way until it was revived at Mayapán around 1200. Why Mayan cities were abandoned and left to be overgrown by the jungle is a puzzle that intrigues people around the world today, especially those who have a penchant for speculating on lost civilizations.

Chichen Itza: The History and Mystery of the Mayan's Most Famous City comprehensively covers the history of the city, as well as the speculation surrounding the purpose of Chichen Itza and the debate over the buildings.

Listened to/read the Audible and Kindle version of this book on our way in the tour bus to Chichen Itza. The book provides a good concise summary of the history and relevant information surrounding Chichen Itza. It made or visit to site that much for enjoyable. Lots of information packed into the short overview.

Need someone that can actually pronounce the Mayan words

This is a good and useful book, but the performance comes short. It is not only really boring to listen to it, but you really need someone that can actually pronounce the Mayan words.