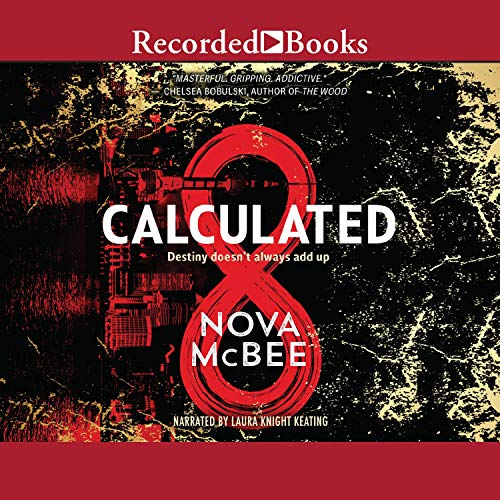 Set in Shanghai and Seattle, Calculated is a gritty, modern day blend of The Count of Monte Cristo and Mission Impossible. She has many names - Octavia, Double 8, Phoenix, Josephine. She’s a math prodigy, a calculating genius, and everyone wants her.

In 17-year-old Jo River’s complicated world of numbers, there’s no such thing as coincidence. When she is betrayed by someone she loves, kidnapped by the world’s most wanted smuggler, and forced to use her talent to shore up a criminal empire, Jo deems her gift a curse - until she meets Red.

Fellow captive and unlikely sage, Red teaches Jo to harness her true potential, so she can do more than just escape. Before he dies, Red reveals a secret about her enemies and makes her vow to right his wrongs. But Jo has a vow of her own. With help from Chan, a bitter billionaire, and Kai, his off-limits son, Jo rises into a new role, ready to take down those who ruined her life. Until a mathematical error comes back to haunt her with a threat much more dangerous than the criminals on the loose. To beat the odds, Jo must decide who she really is and if risking everything is worth it. After all, history is not made - it’s calculated. With themes of revenge and forgiveness, loss and identity, brainpower versus brutality, and the triumph of right over might, it will resonate with listeners everywhere.