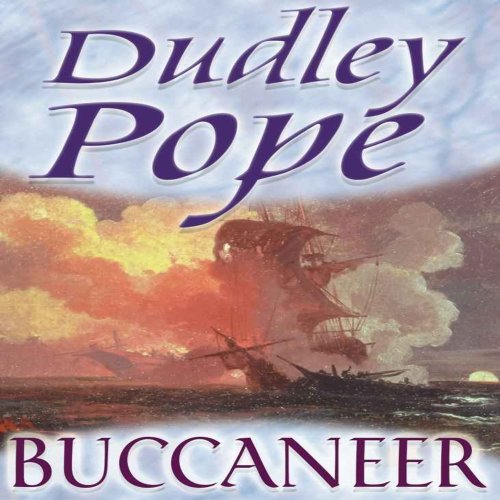 It is the 1650s and Spain considers the Caribbean to be its own private sea, but England, Holland, and France conspire to battle for freedom on the oceans. Set in days littered with the plunder of piracy; Ned Yorke, a loyal Royalist living in Barbados has a small vessel and devoted crew and together they sail, hunted by Roundheads and Spaniards, determined to pay whatever the price for freedom from tyranny. What transpires is a colourful, dramatic retelling of historical events surrounding the capture of Jamaica and the infamous raid on Santiago.

It is like the wild west but seagoing justise

Would you listen to Buccaneer again? Why?

What other book might you compare Buccaneer to and why?

Which character – as performed by Ric Jerrom – was your favorite?

If you could rename Buccaneer, what would you call it?

The round heads outcast

Pope's Ramage series is a classic in the "Age of Fighting Sail" genre. Well worth a read or listen.
"Buccaneer" offers enlightening history but sinks under the weight of trite plot and dopey characters.
Rick Jarrom's excellent narration suffers accordingly.