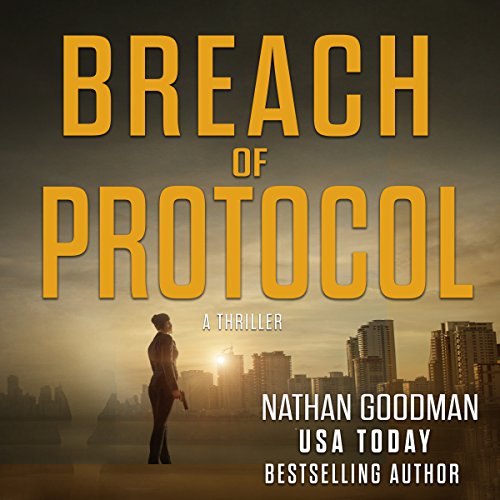 From USA TODAY best-selling author Nathan Goodman: A nuclear device, a ruthless terrorist, and only one asset that can stop him. Special Agent Jana Baker's worst fears are about to be realized. A terrorist has a nuclear device and intends to detonate it deep within the San Andreas Fault line. The resulting explosion would kill millions. When terrifying post-traumatic stress episodes threaten to pull her from active duty, Jana struggles to maintain her grip on reality. Compelled to follow the terrorist's bizarre trail of clues, she finds herself in a death trap with no escape. And the bomb is on its final countdown...

Breach of Protocol can be read stand-alone, but is the third book in The Special Agent Jana Baker Spy-Thriller Series.

If you like the riveting pace of Lee Child's Jack Reacher series, the thrilling symbology of Dan Brown's The Da Vinci Code, or the gut-wrenching tension of Vince Flynn's Mitch Rapp series, you'll love what listeners are calling "the best Special Agent Jana Baker spy-thriller yet."

Get Breach of Protocol today!