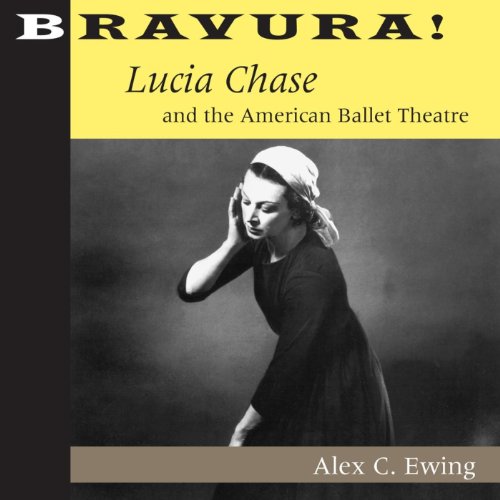 Long-awaited biography of the "Queen Mother" of American Ballet.

To many people, Lucia Chase (1897-1986) was the American Ballet Theatre, and her reign as the queen of American ballet lasted for more than four decades. It was Chase who brought Nureyev, Bujones, Kirkland, and eventually Baryshnikov to ABT. Under her leadership, the company worked with such legends as Agnes de Mille, Anthony Tudor, Jerome Robbins, and Twyla Tharp. Her drive, ambition, tenacity, and money kept the doors open even during the lean years. A dancer when the company made its debut in 1940, she was artistic director for an unprecedented thirty-five years, from 1945 to 1980. Over the course of her career, she received numerous honors and awards, including the U.S. Medal of Freedom, the nation’s highest civilian honor. Combining unique personal insights as Chase's son along with experience garnered from his own professional dance and administrative career, Alex Ewing offers the definitive story of one of the true pioneers in the world of American ballet.

“A book that should be read by historians, ballet artists, ballet lovers, and book lovers in general. It is a fascinating story not only about the growth of ballet in America but also of the courage and persistence of a Great Lady." (Irina Baronova)
"It's high time the magnetically American story of Lucia Chase and Ballet Theatre was told. Like the history-making and aptly named company she kept, Lucia was colorful, daring, and almost self-destructively determined--an original always in passionate pursuit of the original." (Arthur Laurents)
"Lucia Chase, an American original, is made vivid on these pages. For over forty years much of ballet in the U.S. rode her coattails, or vice versa--you decide." (Eliot Feld)