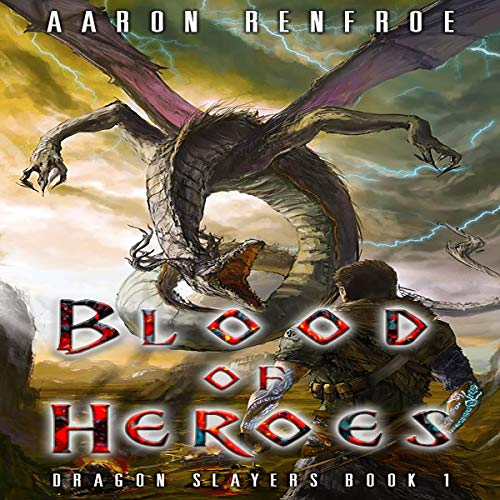 The appearance of dragons nearly caused the collapse of human civilization. Now, decades after their appearance, humanity has nearly recovered. Advances in technology have allowed humans to fight back and reclaim most of their world. Yet the threat of a dragon attack constantly looms. Only Slayers, enhanced humans with military training, have a chance to fight these creatures. Even then, the odds aren’t good. After surviving a dragon attack, Jason Collum finds himself in the unlikely position to enlist and become one of these elite warriors. Though young and inexperienced, Jason’s journey will lead him through the crucible of Slayer training and straight into the mysteries surrounding dragons and the Slayer program. Set in a futuristic, fantastical version of our world, Blood of Heroes is a New Adult novel.

for a Title which mentions dragions, it sure features very very limited dragons and a lot of uninteresting side plots