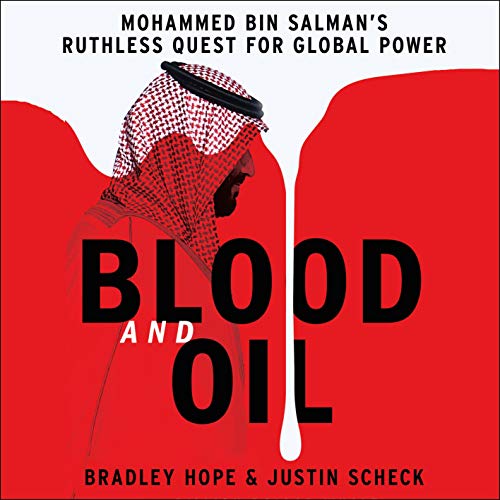 Thirty-five-year-old Mohammed bin Salman's sudden rise stunned the world. Political and business leaders such as former prime minister Tony Blair and WME chairman Ari Emanuel flew out to meet with the crown prince and came away convinced that his desire to reform the kingdom was sincere.

He spoke passionately about bringing women into the workforce and toning down Saudi Arabia's restrictive Islamic law. He lifted the ban on women driving and explored investments in Silicon Valley.

But 'MBS' began to betray an erratic interior beneath the polish laid on by scores of consultants and public relations experts like McKinsey & Company. The allegations of excess and about the brutality of his regime began to slip out. Then there was the assassination of journalist Jamal Khashoggi.

While stamping out dissent in the Saudi royal family by holding 300 members in the Ritz-Carlton Hotel for months, he continued to exhibit his extreme wealth, including the purchase of a $70 million chateau in Europe and one of the world's most expensive yachts. It seemed that he did not understand nor care about how the outside world would react to his flexing of autocratic muscle.

"Blood and Oil is the fascinating and highly entertaining tale of Mohammed bin Salman's rise to power. With fly-on-the-wall reporting and palace intrigue worthy of Machiavelli, it will keep you [rooted] until its tragic denouement. And more importantly, it will leave you with a deep and nuanced understanding of the Crown Prince's thinking and its implications for Saudi Arabia and the entire Middle East." (John Carreyrou, author of Bad Blood)

"This is as close to the truth, to the real story of the corruption, vulgarities, horrors, and lies of the Kingdom and its current despot as we are likely to get. It also can be read as a Shakespearean story of utter greed." (Seymour Hersh, author of Chain of Command)

This book is a gripping tale of our current times, a story unfolding under our noses. For readers from outside the middle east and Saudi Arabia, it pieces together important events that have happened in the last 5 years which have significant impact on a global scale. This is no butterfly effect. Rise of such a dictator in a country like SA at the same time as rise of strong men across the world including some strong democracies is a telling sign of problems and divisive issues which are reverberating through the world.

As we struggle to identify the real news from fake news on a daily basis , this book highlights the issues of "pretend progress" versus "actual progress". It helps understand the politics to further selfish agendas of the leaders and the price that is being paid at many levels.

It also highlights complicity of our leaders and businessmen to further their own agendas.

A must read to understand the madness of our world.

It's an in-depth story of new Saudi Arabia after King Abdullah. Here you can decipher the mindset of MBN and the evolution in his vision, if there is any.

i really like the story. Is a different world where money are gain without work and merit. Is the kind of money that put in power people that dont understand the value and so the story is uniqe and worth reading.

Great research and interesting inside

The authors are excellent storyteller, it is a mixture between a historical fact based book and a
investigative journalism