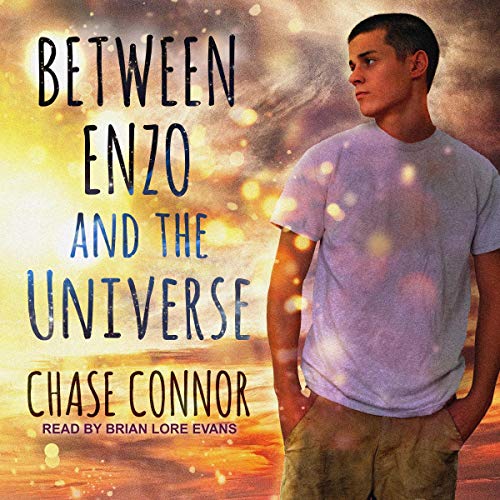 Between Enzo and the Universe

If Enzo listed his problems, being single wouldn't be anywhere near the top of the list. It might not even be in the top 20 list of problems that he faces on a daily basis.

His grandmother is dead. His parents are dead. His sister and brother are dead. He has no money. No friends. No job. He's all alone in a country that will always seem strange. Soon, he might not even have a home.

And he's so angry. At life. Himself. God. The universe. Everyone.

Except for the man he sees in the market. Something about the man with the red hair (who only speaks English) tells Enzo that the universe might not be completely against him for once.

Between Enzo and the Universe is a story about a boy who emigrates from France with his family to Canada in the hopes that a better life might be found. Enzo arrives in Canada as a boy with a happy, healthy family...and ends up a young man with no one left in the world. How does the universe apologize for that?

Enzo meets an American at the autumn festival and over the course of a night, they will share their dreams, their passions, and the events that made them the people they are. They will eat, laugh, talk...and come to realize that they both share a dream for the future.

I enjoyed this read. It had that feel good vibe and hopeful nuance. hope for more.