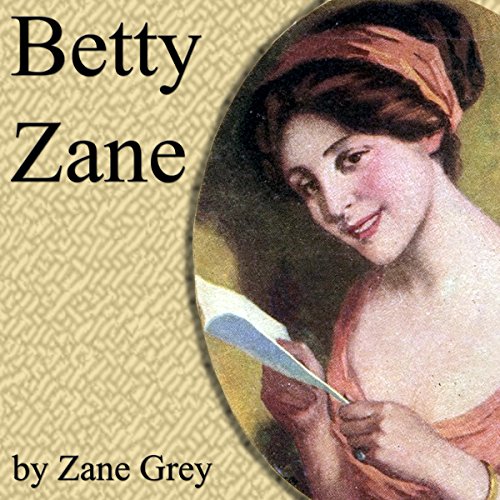 Betty Zane strays from the usual Western tale, which usually has a man as the hero. Betty is brave and heroic, but never fear - there is a sweetheart to be reunited with in the end. Life along the Ohio River in frontier days is authentically depicted in this saga. The pioneer settlement of Fort Henry is the setting for the action involving traitors, Indian attacks, and a catastrophic fire.

This story can only inspire 21st-century listeners to appreciate the trials of pioneer life. This book is the first of Zane's The Frontier Trilogy. It is followed by The Last Trail and The Spirit of the Border, also available from Audible and read by Brian Grey.