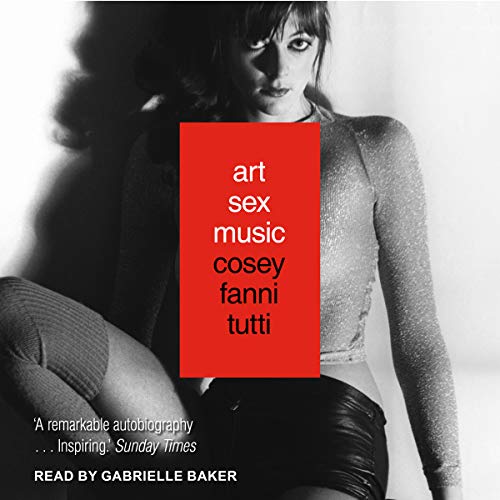 Art Sex Music is the autobiography of a musician who, as a founding member of the avant-garde group Throbbing Gristle and electronic pioneers Chris & Cosey, has consistently challenged the boundaries of music over the past four decades.

It is the account of an artist who, as part of COUM Transmissions, represented Britain at the IXth Biennale de Paris, whose Prostitution show at the ICA in 1976 caused the Conservative MP Nicholas Fairbairn to declare her, COUM and Throbbing Gristle "Wreckers of Civilisation"...shortly before he was arrested for indecent exposure, and whose work continues to be held at the vanguard of contemporary art. And it is the story of her work as a pornographic model and striptease artiste which challenged assumptions about morality, erotica, and art. Wise, shocking, and elegant, this is the life of Cosey Fanni Tutti.

A brutal yet transfixing account of Cosey Fanni Tutti’s musical projects, artwork, and life. Be forewarned, however, that it does paint a horrifying portrait of Genesis P.—yet this portrait somehow makes the timeless and unnerving work of Throbbing Gristle even more fascinating.

This is my favorite music biography. Absolutely mesmerizing. I read the paperback when it was released, and enjoyed it just as much as audio.