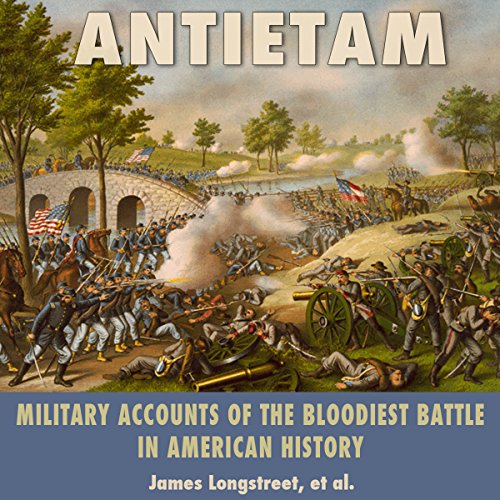 Antietam: Military Accounts of the Bloodiest Battle in American History

Antietam: Military Accounts of the Bloodiest Battle in American History

The Battle of Antietam, (also known as the Battle of Sharpsburg), was fought on September 17, 1862, near Sharpsburg, Maryland, and Antietam Creek. The battle was the culmination of Robert E. Lee's Maryland campaign in which Lee attempted to take the war to the North. The first major battle in the American Civil War to take place on Union soil, it was and remains, the bloodiest single-day battle in American history, claiming a staggering 23,000 casualties. The savage battle was not a clear victory for either side, though turning back the Confederate invasion gave Abraham Lincoln the "victory" he wanted before issuing the Emancipation Proclamation.

These are detailed, firsthand military accounts of the logistics of the battle, by both the Union and Confederate men who fought it.