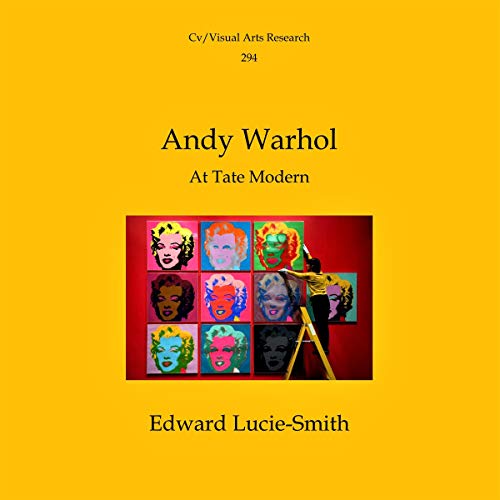 An essay by Edward Lucie-Smith considers the Andy Warhol exhibition re-opening at Tate Modern on July 27. He puts forward a provocative view of the relevance of the art in an time of turbulent disruption.

When the Warhol show returns to Tate Modern on July 27, almost the first thing you’ll meet if you go to see it will be a large painting, on two paired canvases, entitled Marilyn Diptych. It features repeated images the film star Marilyn Monroe.

In the left-hand side of the work they are in color. In the right half, in black and white, gradually fading away to nothing. The painting was produced in 1962, very shortly after Monroe’s death from an overdose of barbiturates. Like other paintings in the same series, more than 20 in all, the image is based on a publicity photograph, not taken by Warhol, which was made to publicize the film Niagara, which Monroe starred in in 1953, nearly 10 years earlier. As the catalog for the exhibition tells you:

“Warhol found in Monroe a fusion of two of his consistent themes: death and the cult of celebrity. By repeating the image, her evokes her ubiquitous presence in the media. The contrast of vivid color with black and white, and the effect of color in the right panel are suggestive of the star’s mortality.” ELS