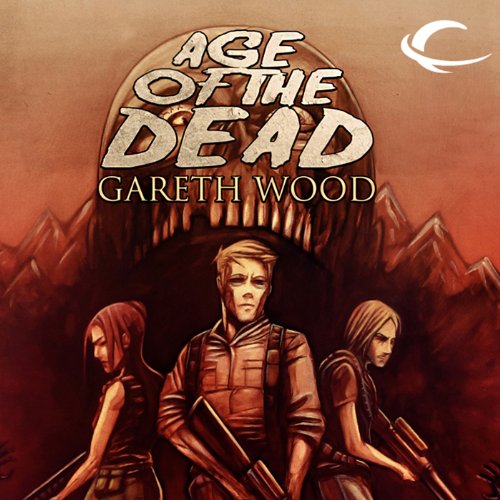 Age of the Dead

In Age of the Dead, Gareth Wood's sequel to Rise, narrated with plainspoken purpose and adventurous amusement by Jeff Woodman, it’s been 18 months since the flesh-eating zombies have risen up and embarked on their rampage, devastating humans and their land with bloody violence.

Young hero Brian Williams and a crew of plucky survivors have managed to avoid the flesh-eating monsters at a safe haven in Western Canada. But food is dwindling and the courageous Brian and his assembled salvage team must go further from safety and closer to the zombies to find the crucial supplies that are the key to their further survival.

Age of the Dead is the sequel to Rise by Gareth Wood, a journey into the zombie-infested wasteland in search of that rarest of things after the apocalypse: hope. Coming soon from Permuted Press.

In the fall of 2005, after surviving the first year and a half of the end of the world, there is very little left for the remaining people of apocalyptic Canada. Salvage teams gather what supplies remain, survivors are brought in more and more rarely, and a cure is rumoured for the undead plague that has ravaged the world.

what happens after you survive the outbreak

most interesting: following salvage team 107 as they venture into different areas.

monotone voice recounting much of the story

Do you think Age of the Dead needs a follow-up book? Why or why not?

yes, the ending, while not a cliffhanger, definitely leaves the story open for a 3rd book


good follow-up to the 1st book. for those of you who may not have listened to the 1st book, the 1st book tells the story of brian, an investment banker, and his sister, sara, a pre-med student as they flee calgary as the dead come back to life. after rescuing some survivors, they eventually make it to coldlake air force base. once there, brian and some of the survivors he saved become one of the military's salvage teams, looking for survivors and supplies. age of the dead picks up about a year and a half after the outbreak.

the surviving canadian military forces have been able to clear the dead from some areas and make some safe areas. for instance, they were able to clear the dead out of the calgary terminal and air field, but the dead constantly threaten to break through their defenses. this adds a nice bit of tension to the time(s) brian and salvage team 107 spend there in both books.

this book is composed of a bunch of quests brian and his team are sent on. through these quests, we learn the state of different areas- the main safe zones, the farms and communities adjacent to them, and the areas in between. life is measured in simple pleasures- warm food, hot showers, and power.

i enjoyed this zombie tale b/c it's unlike most of the others i've listened to. most of the zombie novels i've read always center around the initial outbreak or the characters fleeing for their lives. so, this story was kind of refreshing.

my biggest problem was the monotone tone of the narrator. i guess it's not the narrator's fault, but more of the author's fault. this is a journal style story, and a lot of the story, except the action sequences, is read with a monotone voice. perhaps, the author was trying to provide an added sense of the bleakness of life afterwards via the words he penned.

if you're a zombie fan like me, you'd probably enjoy these books. while not the best, they're far from being the worst.

overall, i enjoyed the story and look forward to the 3rd book. worthwhile use of time and $.