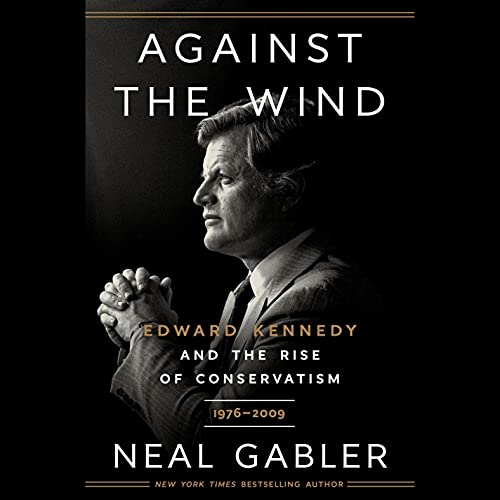 From the author of Catching the Wind, called “one of the truly great biographies of our time”*, comes the second volume of the epic, definitive biography of Ted Kennedy - in which America’s tectonic shift toward conservatism leaves Kennedy the lone powerful voice in the fight to advance protection for the poor and working-class.

In Against the Wind, Ted Kennedy enters 1975 no longer in his brothers’ shadow, but as a force in his own right, having assumed their mantle as a leading liberal, borne along by the progressive wind that they had helped generate.

But as the '70s grind on, Ted Kennedy sails largely against the wind as it shifts direction - first with the election of Jimmy Carter, a moderate who prioritized budget-balancing over the old causes for which Ted had labored, and then with Ronald Reagan and George H.W. Bush, who bundled the discontents of the White working and middle classes into the most powerful force in American politics. When the liberal hour wound down, those resentments would consume American politics for decades.

Ted Kennedy, then, was tasked with advocating for the poor and the dispossessed at a time when the idea of individual responsibility overwhelmed that of communal responsibility. This volume tells the story of how a political titan used his legislative mastery to beat back the most dire threats to the nation’s most vulnerable individuals. Both politically and personally, Kennedy found himself lost at sea in a time of conservative ascendancy. But he ultimately regained his ballast and emerged not only as the political conscience of the nation but also as the “Lion of the Senate”, with a reputation among both Democrats and Republicans as the most effective legislator of his own and possibly all time.

In Against the Wind, Neal Gabler brings his inimitable insight to bear on a man who fought to keep liberalism alive when so many were determined to extinguish it. This outstanding conclusion to the epic biography that began with Catching the Wind sheds new light on the great American century and one of its most revered figures.