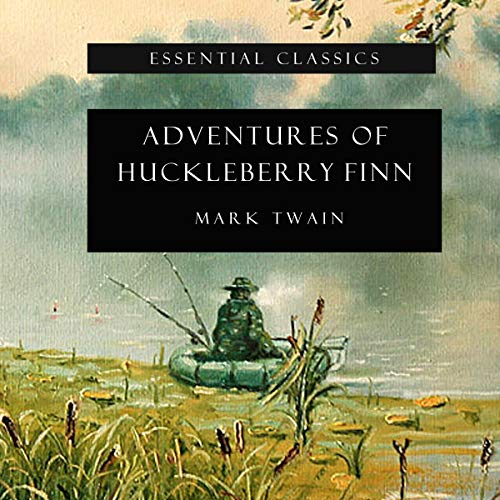 Adventures of Huckleberry Finn is an American classic, a book that has inspired troves of writers in its wake, and that has sparked generations of discussion and debate. It is a novel by Mark Twain noted for its depiction of people and locations along the Mississippi River. One of the first major American novels to employ vernacular English, Adventure of Huckleberry Finn offers a satire on Southern Antebelleum society, particularly regarding attitudes of racism. Told in the first person by protagonist Huckleberry Finn, the book is a direct sequel to The Adventures of Tom Sawyer. This Essential Classics edition includes a new introduction by Professor Vivian Heller, PhD in literature and modern studies from Yale University.

Mark Twain was born Samuel Langhorne Clemens in 1835. Raised in Missouri, Twain gained prominence for The Adventures of Tom Sawyer and Adventures of Huckleberry Finn, the latter known as a Great American Novel.

Vivian Heller received her PhD in English Literature and Modern Studies from Yale University. She is author of Joyce, Decadence, and Emancipation (University of Illinois Press) and of The City Beneath Us (W.W. Norton & Company), a history of the building of the New York City subway system. She is an associate at Columbia’s School of Professional Studies and is the writing tutor for the Center for Curatorial Studies at Bard College. She is also a long-standing member of the non-fiction committee of the PEN Prison-Writing Committee, which awards prizes to inmates from across the country.

Essential Classics publishes the most crucial literary works throughout history, with a unique introduction to each, making them the perfect treasure for any Audible Library.