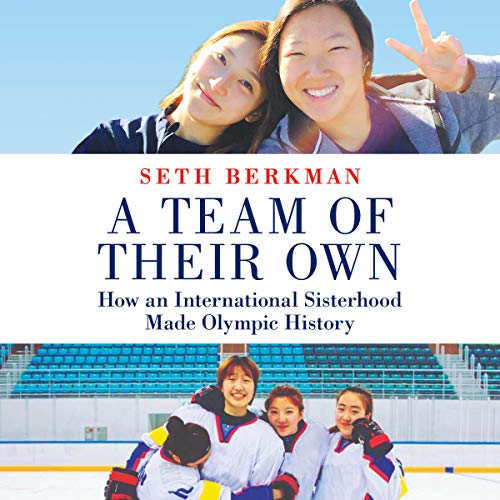 A Team of Their Own

The inspiring, unlikely story of the American, Canadian, South Korean, and even North Korean women who joined together to form Korea’s first Olympic ice hockey team.

Two weeks before the opening ceremony of the 2018 Winter Olympics, South Korea’s women’s hockey team was forced into a predicament that no president, ambassador, or general had been able to resolve in the 65 years since the end of the Korean War. Against all odds, the group of young women were able to bring North and South Korea closer than ever before.

The team was built for this moment. They had been brought together from across the globe and from a wide variety of backgrounds - concert pianist, actress, high school student, convenience store worker - to make history. Now, the special kinship they had developed would guide them through the biggest challenge of their careers. Suddenly thrust into an international spotlight, they showed the powerful meaning of what a unified Korea could resemble.

In A Team of Their Own, Seth Berkman goes behind the scenes to tell the story of these young women as they became a team amid immense political pressure and personal turmoil and ultimately gained worldwide acceptance on a journey that encapsulates the truest meanings of sport and family.

Ce que les auditeurs disent de A Team of Their Own

Fascinating story following this team through the many challenges both the team and the players faced. If you liked the book,Boys in the Boat, you will love this book.
The emotional story of the cultural challenges these women faced to dedicate themselves to a sport without the promise of reward was inspiring. The logistics of putting this team together with the various curve balls that were thrown at them was fascinating. And the greater international impact this team was thrown into was interesting.
Narration and the pace of the book was great.

A wonderful description of the team and events surrounding the formation, and history of the Unified Korean Women's Hockey team.
I absolutely loved it!

unbelievable emotional story. great flow with complete content. the girls became family. reader was wonderful . reccomend this book highly. as an advid reader i was impressed