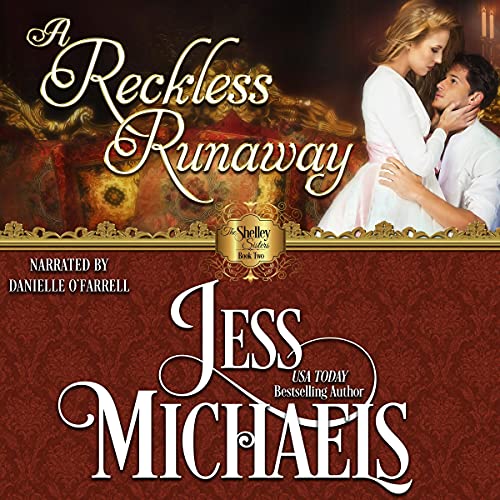 Anne Shelley has always been known as the “wild” one of the infamous Shelley triplets and never has that been truer than when she ran away from her engagement with a scandalous man. She expects to be taken to Gretna Green for a hasty marriage, but instead, she is dumped off on a remote island in Scotland with his grouchy cousin, Rook Maitland. She isn’t supposed to like him, but as their time together stretches out, she can’t help but develop more than a passing interest in her temporary guardian.

Rook knows his cousin’s game, and he has serious doubts he’ll ever return for the fetching Anne, fool that he is. After all, the woman is fascinating and the more time they spend together, she proves to be irresistible. When she asks him to help her get back to her family, time alone on the road will lead to passions that can no longer be denied.

But Rook’s cousin has an ulterior motive for everything he’s done. And the danger that will be brought down on their heads could destroy the love they’re beginning to develop and end their future before it has time to begin.

Heatl level: Steamy fun is had by all.

This can be listened to as a stand-alone audiobook, but is part of the Shelley Sisters series.