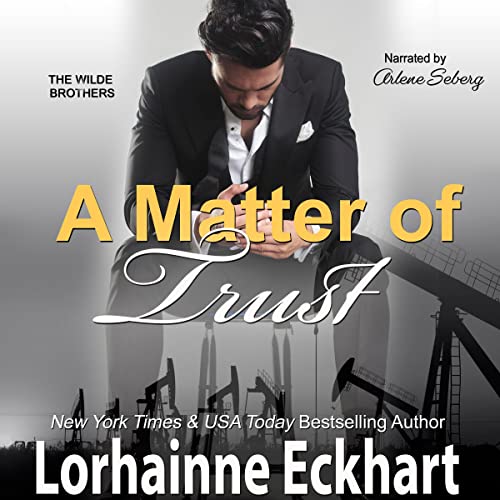 A Matter of Trust

Ben Wilde is sure of one thing: It’s that Carrie Richardson is trouble. (Guest appearance by Logan Wilde.)

The name Ben Wilde means something in the oil and gas industry. Admired as one of the top ten bachelors in Idaho, he’s a man who has it all…except when it comes to love.

That is, until he meets Carrie Richardson: an environmentalist, a fiery blond beauty, and an absolute thorn in his side. After Ben arrives in her hometown to give a presentation on a pipeline project that will provide jobs and clean energy (with an innovative, safe approach), Carrie spits on him! She’s not buying it, and Ben soon learns that she is none other than the spokesperson for the group that has aggravated him throughout the entire project.

The advice about keeping your friends close and your enemies closer backfires on Ben and Carrie, though, because the fact is that they want each other badly. However, Carrie can’t let her community down - and Ben has a job to do.

Good addition to the series

This audiobook was another entertaining and engaging story in this series about the Wilde brothers. This time, the story belongs to Ben Wilde, an executive of an oil company.
Ben is sent to a small town to convince them to allow the pipeline project into their land.
What he never expected was to meet Carrie Richardson, an environmentalist whose greeting was to spit in his face.
As the relationship develops false accusations might cause Ben’s job. Will they find out who did it? Will that be the end of Ben’s career and his relationship with Carrie.
This was another good addition to the series.

Great book, kept my attention all the way to the end, amazing audio delivery, loved it. Will be reading again, every chapter was received amazingly do recommend you give it a read.