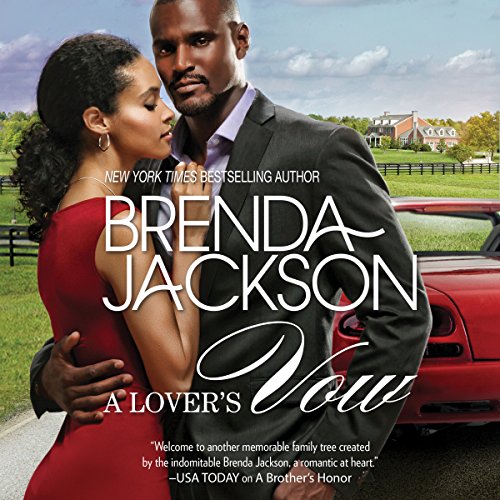 She's all he's ever wanted. He's everything she'll ever need.

Business mogul Dalton Granger is as passionate as he is gorgeous, but private investigator Jules Bradford won't give him the time of day. She knows all about the youngest Granger brother - a charming bad boy whose only interest is playing the field.

But Dalton is more complicated than that, and he's determined to show Jules that behind all the bravado is the honest heart of a devoted son and brother...and a man whose own life is in peril.

Jules is the only person who can protect Dalton, and they embark on a mission to save his family and his legacy. But when their late nights in the office turn into early mornings in the bedroom, Jules and Dalton soon realize they have more at stake than they ever imagined.

The story is great. But I thought there is too much sex. Too much graphic sex.

This was a really great listen! The narrator was Fantastic! There were multiple characters in this series and he managed to make everyone sound completely different. Amazing. The story was a murder mystery/multiple love stories tale. Everything was revealed in the third installment. I'd have to say this was the best book in the series. I loved Dalton and Jewels story. They were perfect for each other even though they both tried desperately to fight it.

Suspenseful from beginning to end. A real page turner. Couldn't put it down. I look forward to hearing more about the Granger clan, their friends and colleagues. Ms. Streeter-Jackson has knocked it out of the park. Congratulations! Job Well Done!

loved this book. It had everything, mystery, suspense and love. held my attention all the way through.

In my opinion, this was the best of the first three books...although, I still have book four to read about the father....Dalton was extremely witty, was enjoyable.

Well worth the wait!!!

I’ve wanted to read Dalton’s story since the beginning!! And finally we know what happened. Great series!!!

This book has everything you want in a romance novel. intrigue with passion, suspense and so much more!

This book had my full attention the entire time! I thought that I knew everything but at the end Brenda did it again had me totally in shock! Great romance and mystery novel

The Granger brothers are HOT! And Dalton is hottest of all. This entire Granger series needs to become a movie or mini-series somewhere. SO good!!! Ron Butler's voice is amazing.

A Lover How have Trouble

I am having trouble with my Audible a A Lover How will you all fix. It for me