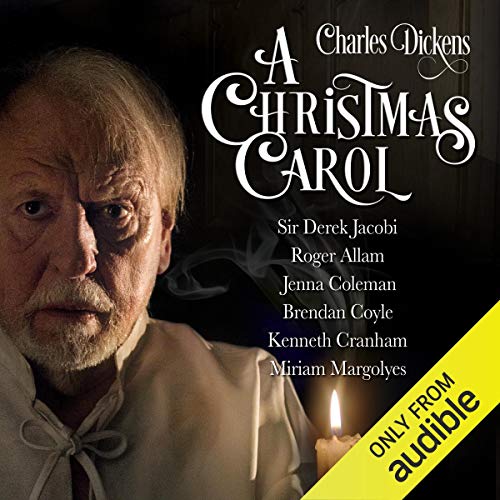 'If I had my way, every idiot who goes around with Merry Christmas on his lips, would be boiled with his own pudding, and buried with a stake of holly through his heart. Merry Christmas? Bah humbug!'

Charles Dickens' ghostly tale of sour and stingy miser Ebenezer Scrooge has captivated readers, listeners and audiences for over 150 years. This Christmas, Audible Studios brings this story to life in an audio drama featuring an all-star cast.

Classic story, one that hopefully every generation can at least enjoy once in its original form. Timless & still enjoyable

Excellent quality production. The well known story was brought to life by these talented narrators. Lovely to listen too.

Listening to this beautiful production of A Christmas Carol was the perfect way to kick off my festive listening season. I thoroughly enjoyed listening to the incredible cast bring this classic to life; it was very much like being at a play without the visual aspect. I wouldn't hesitate to recommend this audio drama to other listeners.

You get exactly what you expected. A story that is worth been told more than once a year.

Christmas at its best

A Christmas Carol is one of my most favorite stories. It is read in a very clear English and can be understood very well from non-native speakers like me.