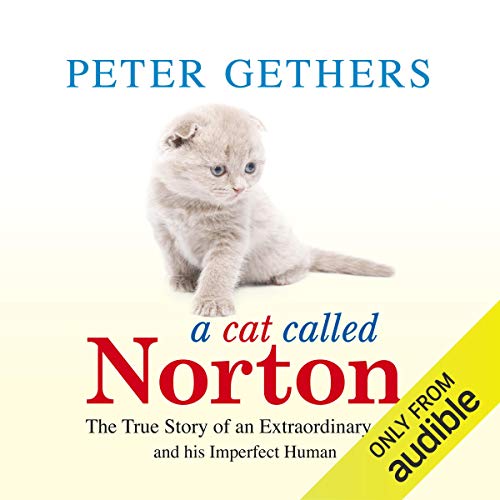 Peter was a confirmed loner and cat hater, until he was given a small, grey (and impeccably handsome) kitten with folded ears by his then girlfriend. The girlfriend went but Norton stayed - in fact, he and Peter became inseparable. Trotting along beside him down the street, having his own chair in restaurants or sitting on Peter’s lap on plane journeys, Norton made his presence felt and Peter was a loner no more. But, after learning how to love his cat, would Peter now learn how to love another human too?

A delightful read for anyone who understands cats. Funny and touching. If you're indifferent about cats it's entertaining anyway. I was afraid it would be adolescent. It's not, it's written for adults and should hold anyone's interest. Jeff Harding's narration has exactly the right tone and hint of sarcasm.