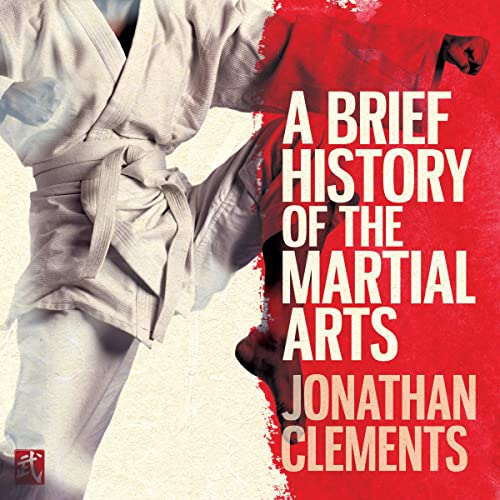 A Brief History of the Martial Arts

From Shaolin warrior monks to the movies of Bruce Lee, a new history of the evolution of East Asian styles of unarmed combat, from kung fu to ninjutsu.

Folk tales of the Shaolin Temple depict warrior monks with superhuman abilities. Today, dozens of East Asian fighting styles trace their roots back to the Buddhist brawlers of Shaolin, although any quest for the true story soon wanders into a labyrinth of forgeries, secret texts and modern retellings.

This new study approaches the martial arts from their origins in military exercises and callisthenics. It examines a rich folklore from old wuxia tales of crime-fighting heroes to modern kung fu movies. Centre stage is given to the stories that martial artists tell themselves about themselves, with accounts (both factual and fictional) of famous practitioners including China's Yim Wing-chun, Wong Fei-hong, and Ip Man, as well as Japanese counterparts such as Kano Jigoro, Itosu Anko and So Doshin.

The history of martial arts encompasses secret societies and religious rebels, with intimate glimpses of the histories of China, Korea and Japan, their conflicts and transformations. The book also charts the migration of martial arts to the United States and beyond. Special attention is paid to the turmoil of the 20th century, the cross-cultural influence of Japanese colonies in Asia, and the post-war rise of martial arts in sport and entertainment - including the legacy of Bruce Lee, the dilemma of the ninja and the global audience for martial arts in fiction.

"If I had to pick a single general martial arts history book in English, I would recommend A Brief History of the Martial Arts by Dr Jonathan Clements." (Richard Beitlich, Martial History Team blog)

So if Durant is right and most history is guesswork and the rest prejudice, this one defies that balance to the latter. Just my opinion.