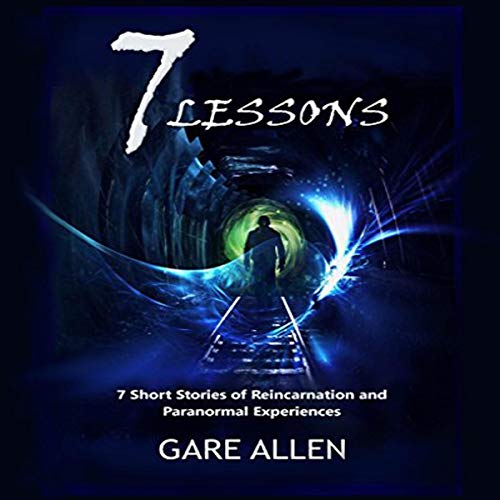 In 7 Sessions, book one in the series, Greer has tapped into a past life. His sessions reveal Julia, a previous love. Struggling to make sense of the memories, his buddy Sean helps him work through the metaphysical experience. The parallel of past and present events is undeniable as the story unfolds.

7 Regressions, book two in the series, the story picks up three months after the ending of 7 Sessions. Greer visits Beverly, a regression expert, and uncovers startling realizations about his past that affect his still forming relationship with Ashley. His buddy, Sean, reveals his childhood ghost story explaining his aversion to the Ouija Board.

In 7 Apparitions, book three in the series, Greer is haunted by the appearances of ghosts and strange, terrifying entities. His relationship with the ever patient Ashley is put to the test as he conceals the truth about the events from her. Determined to end the barrage of frightening occurrences, he enlists the help of Spiritual Healer, Beverly. His buddy, Sean, lends his insight and support as they endeavor to make sense of the strange encounters. Through their experiences they grow and make connections in this third installment.

In 7 Abductions, book four in the series, Greer recalls his terrifying alien abductions and his subsequent ties to ancient Egypt with the assistance of Beverly. His best friend, Sean, reluctantly uncovers his role in shared past incarnations and Ashley grows closer to Greer, as the continuing story unfolds.

In 7 Projections, book five in the series, Greer recalls a series of out-of-body experiences. An intriguing, spiral staircase acts as a portal and transports him into several of Earth's potential futures. During his projections, he is witness to strange and terrifying timelines involving alien invasions and the collapse of the world. His relationship with Ashley reaches new heights and his best friend, Sean, defines his role in the shared incarnations of Greer and his girlfriend.

In 7 Predictions, book six in the series, Greer visits a psychic and receives intriguing insight into his future. As Madam Fanna’s predictions unfold before him, Greer prepares for a major evolution in his relationship with Ashley.

Selene provides her own insight into a devastating future and prepares Greer for his next and final experience in 7 Reflections.

In 7 Reflections, book seven in the series, Selene provides insight to Greer’s previous incarnations to help him define his karmic mission. With the use of an oval, astral mirror that reflects the significant events of his past lives, Greer endeavors to break the destructive cycle and prevent the end of the world. Unaware of Greer’s recent adventures, Ashley travels home to Chicago and prepares for their wedding while Sean and Sobek accompany Greer on a road trip to marry his soulmate. 7 Reflections is the final story in the sage.

The events in the seven short stories are based on actual paranormal occurrences that are described in haunting detail in The Dead: A True Paranormal Story.