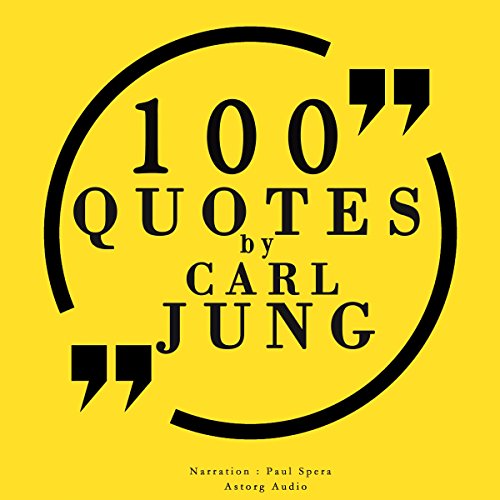 Carl Jung was one of the first and most widely read writers of the twentieth century on the psychology of the human mind. He worked with Sigmund Freud, with whom he shared a fascination for the unconscious, but the irreconcilable differences of their practice eventually led them to part ways. Jung regarded the unconscious and its symbolic content as crucial to our psychological development; among the central concepts of analytical psychology is individuation, which is the lifelong psychological process of differentiation of the self. Jung considered it to be the main task looming over every human being in their development, and experimented with a variety of practices to dive always deeper into it.

These 100 quotes have been carefully selected to introduce you to his character and his way of thinking, and to inspire you into making your own discoveries about the unconscious.

Listened to it all in one sitting

Would like to listen to it again, and again, and again. His views make a lot of sense. They are a wonderful guide for life. Enlightening and very encouraging. To bad he was so ill used in his life that he had to run away to an island to feel safe. Very appropriate for our world situation today.

This book is a great teacher. It gives seeds to examine oneself. It's definitely a good buy.

PS a few words are unclear because of volume of accent or speed. But only a few words.

Very satisfied w/ the production but theres no way for me to take notes or reread the quotes that resonante.

Meditation instrument
This production is so well done. Bite sized quotes by Carl Jung that are so profound, opens your mind and helps it expand and journey.
Read well, with tactfully accompanied soft instrumentals.

I listen, over and over!

I really appreciate Karl Jung, Wisdom sans pride. every time I listen to this book, I get a fresh, new idea...