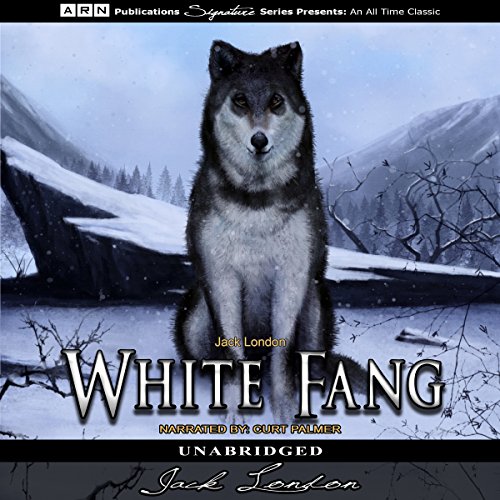 White Fang is a unique novel that explores the relationship between man and nature in this three- part novel by Jack London.

Part one is written in the perspective of a man who, along with a partner, are transporting a body back to the city. In the dead of winter, with no food and low on ammunition, the two men are confronted by a cunning she-wolf who lures most of their dogs away one by one. Eventually, one man is killed by a hungry wolf pack and the other must learn try to survive as the wolf pack is on his tail.

Part two takes a unique perspective as the narrator is the she-wolf herself. Part of a vicious pack and pregnant, the she-wolf must do all she can to protect her cubs. Tragedy strikes and the wolf and one remaining cub, White Fang, find themselves as part of a Native American tribe. White fang and his mother are separated and the poor cub can't catch a break as he is sold into slavery.

The third and final part of the novel explores yet another relationship between man and dog as White Fang learns what it means to be a part of a family.

Overall this is the best book I have ever read. But as a good father this book has some violence so I’d say it’s is not for kids under 6y. Other then that you should read this book!