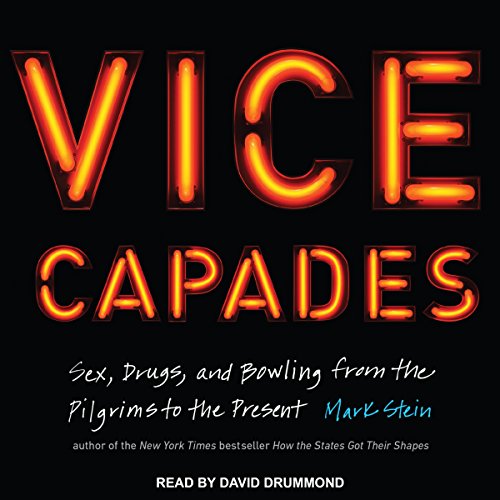 From the illegality of bowling in colonial America to violent video games and synthetic drugs, Vice Capades by best-selling author Mark Stein examines the nation's relationship with the actions, attitudes, and antics that have defined morality. This comprehensive yet humorous history reveals that our views of vice are not formed merely by morals but by power. By viewing a variety of vices across the span of American history, Vice Capades brings into focus the nation's inconsistent moral compass and helps us understand shifts in laws to combat vice by revealing who and what wields power (often invisibly) in the United States.

While laws against such things as nude dancing have become less restrictive, restrictive laws have been enacted against sexual harassment. While marijuana is no longer illegal in numerous jurisdictions, restrictive laws have been enacted against cigarettes. Stein examines how this nation's inconsistent moral compass has consistently pointed to every era's powers-that-be and enables us to view shifts in the power structure taking place before the public became aware of particular laws against vice and who determines what is or is not deemed vice.

“ Vice Capades exposes our racist and sexist history but reads like a Jon Stewart segment.” (Marianne Noble, author of The Masochistic Pleasures of Sentimental Literature)