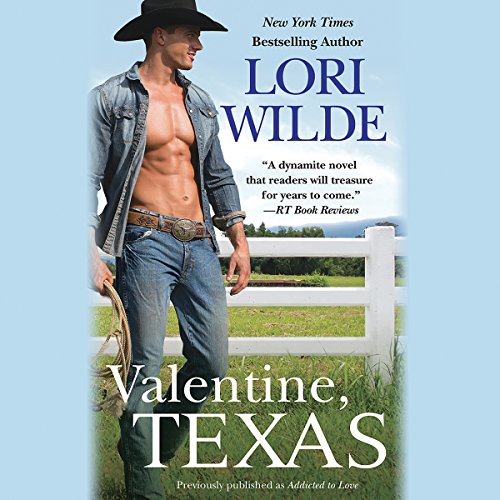 Growing up in Valentine, Texas, can make anyone believe in happily ever after. But newly declared recovering romantic Rachael Henderson has decided that love stinks. After having not one but two grooms ditch her at the altar, she announces her disenchantment in an uncharacteristic act of rebellion. She feels liberated...until she's arrested by Sheriff Brody Carlton.

Once upon a time, being hauled against the taut, rippling body of her first crush would have had Rachael planning the wedding of the year. Now it spurs her to create Romanceaholics Anonymous, a 12 step program for love addicts. Soon all of Valentine is divided as die-hard romantics clash with anti-love cynics. But when Rachael starts fantasizing about a lust-filled affair with Brody, she goes against everything the program stands for. Should she protect her fragile heart...or find a way to have her wedding cake and eat it too?

Formerly published as Addicted to Love.

"Entertaining and humorous.... There's a seriousness to it also, as the heroine learns to recognize real love and caring. Wilde again includes secondary romances that are intriguing, entertaining, and hot." (RT Book Reviews)

Sweet as a Valentine

A cute and sweet story. with a sweet girl and a hero. everything you need for a live story.