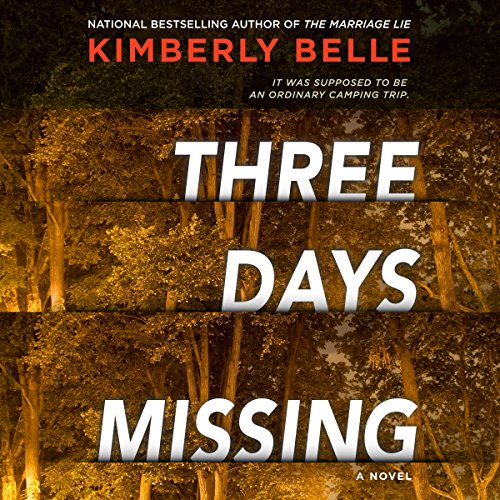 When a child goes missing, two mothers’ lives collide in a shocking way in this suspenseful novel from the best-selling author of The Marriage Lie.

It’s every parent’s worst nightmare: the call that comes in the middle of the night. When Kat Jenkins awakens to the police on her doorstep, her greatest fear is realized. Her nine-year-old son, Ethan, is missing - vanished from the cabin where he’d been on an overnight class trip. Shocked and distraught, Kat rushes to the campground, but she’s too late; the authorities have returned from their search empty-handed after losing Ethan’s trail in the mountain forest.

Another mother from the school, Stef Huntington, seems like she has it all: money, prominence in the community, a popular son, and a loving husband. She hardly knows Kat, except for the vicious gossip that swirls around Kat’s traumatic past. But as the police investigation unfolds, Ethan’s disappearance has earth-shattering consequences for Stef, as her path crosses with Kat. As the two mothers race against the clock, their desperate search for answers reveals how the greatest dangers lie behind the everyday smiles of those they trust the most.

”Kimberly Belle delivers the goods - a rocket-paced story with a heart that will keep you riveted through every hairpin twist and turn. Breathless suspense!” (Lisa Unger, New York Times best-selling author of The Red Hunter)

Great story, but could've done without some langua

I loved the story but wish some of the bad language was left out. Just don't feel it's necessary. But especially as a mom, this had me on the edge of my seat for sure

I liked this book, but it was not nearly as good as "Dear Wife." "Dear Wife" had twists and turns and surprises that I didn't see coming. "Three Days Missing" was less suspenseful, more predictable. The story kept me interested and listening to the end, but it didn't make me gasp. The hardest thing was that the two main characters were women, and the narrators' voices were so close that I got confused as to who was speaking when. If I wasn't paying close attention ~ and sometimes even when I was because the characters were so similar ~ I had to catch up when I realized I was thinking of the wrong woman. The end tied everything up in a neat little bow, but it wasn't something that surprised me. Not bad, but not great. An entertaining listen.

What a refreshing lesson on forgiveness

This was a very interesting book. The story line was interesting enough to keep me interested, but within the story of a woman suffering when her son disappears, there are words of wisdom. There was no extreme violence, bad language or sex. I’d gladly let my teenage daughter read this books for the life lessons.

Amazing story! Loved it! Would advise all to read this wonderful compelling story about a smart little boy and a bully

For one thing I had recently listened to the author’s book “Dear Wife” which is an awesome book. In Three Days Missing she just uses the usual child kidnapping with no real twist. The story was very lame with nothing new. The child was said.to have an IQ of 152. If so he hid it well in the story. She never really developed any chapter. The Mother comes across whinny. Narration was annoying. All in all this is one I will be returning but I highly recommend Dear Wife by this author.
.

Absolutely loved this story , well written
Narration on point. I lost sleep with this one.

Story was ok. The narrator was good. I think the story itself could have been better.

I liked it the whole way through as I couldn’t stop listening, very catching and keeps you wanting to hear more!