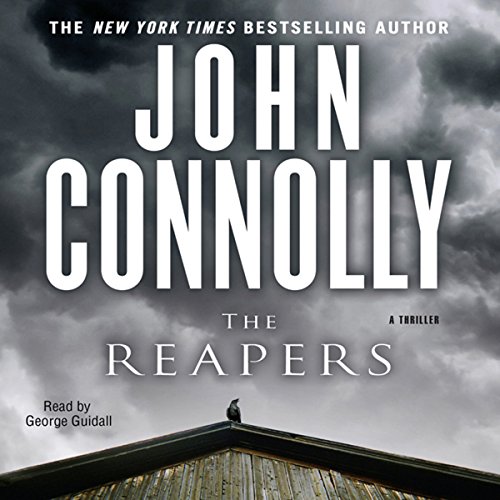 Charlie Parker Returns in a tale of settling blood debts - past, present, and future.

As a small boy, Louis witnesses an unspeakable crime that takes the life of a member of his small, Southern community. He grows up, moves on, but is forever changed by the cruel and brutal nature of the act. It lights a fire deep within him that burns white and cold.

Now, years later, the sins of his life are reaching into his present, bringing with them the buried secrets and half-forgotten acts of his past. Someone is hunting him, targeting his home, his businesses, and his partner, Angel. The instrument of revenge is Bliss, a killer of killers, the most feared of assassins. Bliss is a Reaper, a lethal tool to be applied toward the ultimate end, but he is also a man with a personal vendetta. Hardened by their pasts, Louis and Angel decide to strike back. But when they mysteriously disappear, their friends are forced to band together to find them. They are led by private detective Charlie Parker, a killer himself, a Reaper in waiting.

Connolly creates a world where everyone is corrupt, murderers go unpunished, but betrayals are always avenged. The Reapers is sure to terrify and transfix.

"Connolly has crafted one of the most darkly intriguing books this reviewer has encountered in more than three decades of reading crime fiction.... To call this a page-turner is to damn it with faint praise. Veteran crime fans will want to savor every note-perfect word. " ( Booklist)

It is my first audio book but I already read that one on paper and I am a huge fan of John Connolly’s work.
I am so glad that the book was read by the same person instead of several trying to do the characters’ voice (I have an example of some wizard book that is juste terrible if you know what I mean). It was well read, understandable even when English isn’t your mother tongue (like me) and the voice still have some variation to fit the characters. I really liked it !

Hard to get into

This story has been very difficult to get into and keep the timeline straight as it is constantly going to flashbacks requiring the listener to back up and try to reorient. I do find my mind drifting more than usual requiring me, again, to back up and refocus. It is very slow and very difficult to make one even care much about the characters. I have liked other John Connolly stories but this one isn't his best.

I love John Connolly's books---and I am especially fond of Louis and Angel. That's why this audio book was a disappointment. The story is great but the narration falls flat. In several places(especially in the second half) it sounds like it was dubbed over by someone trying to sound like Mr. Guidall. The reader has a fine voice but had some trouble staying in voice for Louis (mostly ok though) but never really got a handle on Angel's voice. At times he sounded like Detective Colombo trying to do a Cheech Marin imitation. I liked how he voiced Parker and his Willie Brew and Varno were great.

Enjoyed the story, narration and the inside look into Louis and Angel's relationship. Good character development is really where the author shines.

This was a good read but there was so much going on that it was difficult to follow at times. From the beginning to the end, I was a little bit lost on the characters and what they were doing and how they fit into the story.

Charlie Parker has a small role in this book. It is a great story about Louis and Angel. The Narration however is horrible.

I tried twice to listen to this and just couldn't do it. Boring narration, bad story- lots of short statements that make for a choppy distracting listen. I liked Mr. Guidall's narration a lot on the Walt Longmire books, but not this one. Very sorry I wasted money on this one.

What could John Connolly have done to make this a more enjoyable book for you?

Get more into the plot sooner

Who would you have cast as narrator instead of George Guidall?

What character would you cut from The Reapers?

Could not get past first hour

Interesting, but not especially gripping

My first John Connelly, probably not my last. I would have liked a little more meat to the story and a little more development of characters, but overall a good listen.

A little bleak, but that is just personal preference as I like my audible books to be a little more hopeful in the end no matter how dark the subject. May be a better book to read than listen as sometimes a reader distracts me from what I envision in this type of story.

Added more depth to the quality of certain characters' voices

What character would you cut from The Reapers?

It sucked, I only continued it in the hope it would get better.

People who like very dark stories with no real plot

What was most disappointing about John Connolly’s story?

The summary sounded like the book was going to be good and started off interesting but then went nowhere. I stopped listening

George Guidall is a great reader I bought the book because of him and the summary. He did the best he could do with this