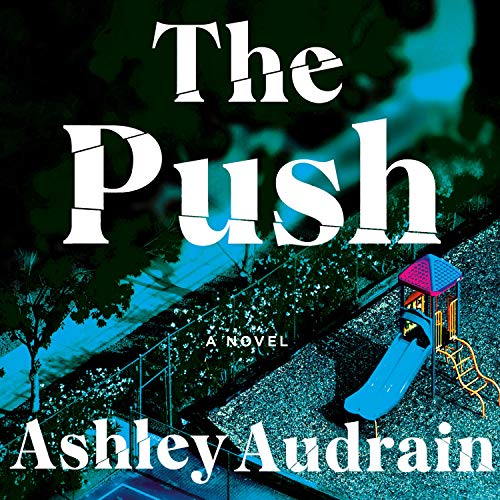 “Written with an unflinching eye and a stylistically sharp, tight economy The Push is a single-sitting read, as suspenseful as any thriller, as thoughtful as any literary novel, with an almost physical force behind each of its turns and revelations." (Toronto Star)

A tense psychological drama about the making and breaking of a family, told through the eyes of a woman whose experience of motherhood is nothing at all what she hoped for - and everything she feared.

Blythe Connor is determined that she will be the warm, supportive mother she never had to her new baby, Violet.

But in the thick of motherhood's exhausting early days, Blythe doesn't find the connection with her daughter she expected. She's convinced that something is wrong with Violet - the little girl is distant, rejects affection, and becomes increasingly disruptive at preschool.

Or is it all in Blythe's head? Her husband, Fox, says she is imagining things. Fox doesn't see what Blythe sees; he sees a wife who is struggling to cope with the day-to-day challenges of being a mother. And the more Fox dismisses her fears, the more Blythe begins to question her own sanity....

Then their son, Sam, is born - and with him, Blythe has the natural maternal connection she'd always dreamed of. Even Violet seems to love her little brother. But when life as they know it is changed in an instant, the devastating fall-out forces Blythe to face the truth about herself, her past, and her daughter.

The Push is a rare and extraordinary gift to listeners: a novel about the expectations of motherhood we're taught not to challenge and what really happens behind the closed doors of even the most perfect-looking families. It's impossible to put down and impossible to forget.

“Starkly original and compulsively readable, Ashley Audrain's The Push is a deep dive into the darkest nooks and crannies of motherhood. Raw, visceral, and often disturbing, this is an intense psychological drama that will be embraced by serious book clubs and fans of Lionel Shriver's We Need to Talk about Kevin.” (Kristin Hannah, number one New York Times best-selling author)

“The Push was a poetic, propulsive read that set my nerves jangling in both horror and recognition. I read it in one sitting and it stayed with me for days afterwards. Not to be missed.” (Lisa Jewell, number one New York Times best-selling author of Then She Was Gone)

“With its riveting prose and deep convictions, Ashley Audrain’s The Push had me in its clutches from the first page. Audrain’s astute portrayal of motherhood was unsettling in its insights, yet highly entertaining on the page. Complex, nuanced, and unflinching, I inhaled this debut in one sitting.” (Karma Brown, best-selling author of Recipe for a Perfect Wife)