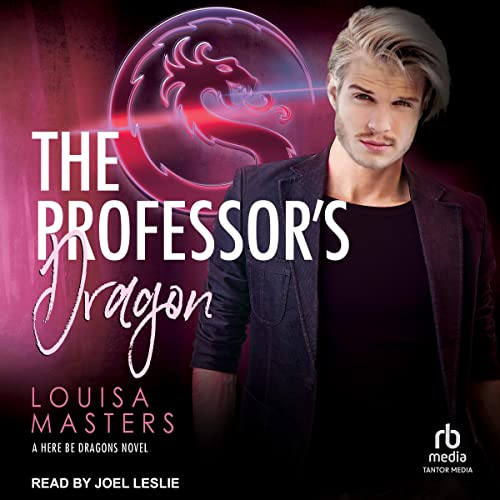 It was love at first sight . . . with my professor. What's a dragon to do?

For two years, I've been pining over Professor Sarris. I knew the moment I saw him that we were meant for each other, but it's not to be. For one thing, I was his student, and he's the most ethical man I know. For another, he has no idea I'm actually a four-thousand-year-old dragon from another dimension.

When my people fled to Earth to avoid extinction, I vowed to clean up my life and stop acting like a fledgling. It's bad enough that nobody takes me seriously . . . sure, maybe I used to be flighty and irresponsible and caused a few interspecies incidents, but that's all in the past. I have big plans for the future, and this college gig is the first step in proving myself. I'm not endangering this fresh start for anyone.

But then my professor and I wind up at the same party, and suddenly it seems he's not completely out of reach. Except I'm still the adorable flirt nobody wants to rely on, and convincing him we should be together while proving I'm a changed dragon is a monumental task.

Good thing I'm up for the challenge.

I'm so happy Dustin got his happily ever after with his professor! I loved reading their story. The narrator was brilliant!

I know it drove Dusin up a wall to take it slow at first but adore that they did, especially when Dustin backed off when Robs resolves were breaking. The two are truly perfect for each other, they truly need each other to be better, more whole. Love them so much

I love this series. I’ve read them as fast as Louisa Masters writes them. Then enjoy when the audible comes out. Dustin and Rob have a great love story. Don’t know how they waited so long. It’s fun to see so many of the other characters in each of the books. Joel does a great job with each of the characters

This is a usual Louisa Masters book. Funny and sweet and silly. Fair warning though: Dustin shares a graphic non-con fantasy. It's only a fantasy, but it's graphic and...yeah.