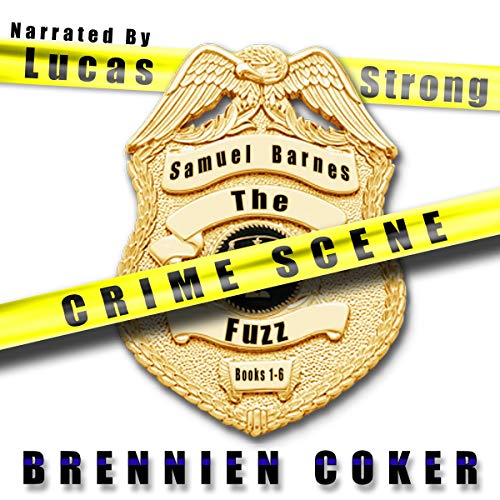 If you're looking for a light-hearted comedy adventure with body swaps, detectives, murder, and mystery this is the audiobook for you!

But first a warning...

This story is packed with pause-resisting scenes. So if you love police procedural shows like Psych, Castle, or The Mentalist, you may not be able to put it down. When you buy The Fuzz, you'll enjoy the following timeless comedy fiction elements the police dramedies are known for:

Below is a just a taste of the story you're going to get:

Tires screeched across the pavement. The white "Creeper" van from before sped directly for Sam and Carol. Instinct kicked in - they lunged to the side, narrowly avoiding the speeding vehicle. The driver slammed the emergency brake and jammed it into reverse; both doors slammed open as a gang of five goons poured out the back.

Sam and Carol braced themselves; they motioned to draw their Berettas. Unfortunately, they were a moment too late - the thugs from the van were ready for action. Dressed entirely in black, with ski masks over their face, they had assault rifles drawn, barrel raised, stock planted firmly at their chests. In a v-formation, the front left thug shot.

This is a strange, but very entertaining fantasy type tale. Excellent writing and narration! Fans of fantasy or sci-fi will definitely enjoy this one.