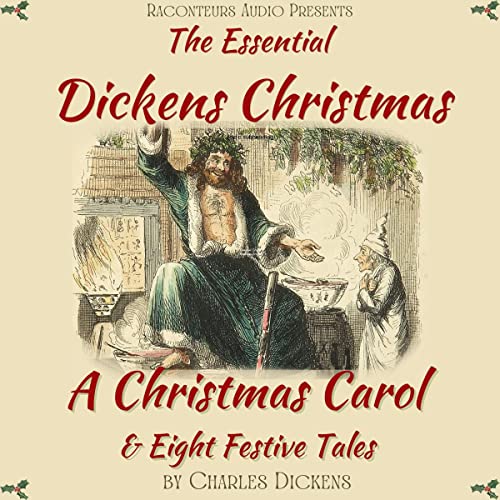 Charles Dickens wrote A Christmas Carol—A Ghost Story of Christmas in Five Staves, when he was 31. The first edition was published on December 19, 1843, and had sold out just four days later! By the end of 1844, it was running to 13 editions. Now with numerous adaptations for film, television, radio, stage—and indeed in audio—it has, for many, become an essential part of Christmas.

Raconteurs Audio has created this collection to include Dickens' two Christmas novellas, The Chimes and The Cricket on the Hearth, as well as some of his lesser-known short stories with a Christmas theme.

Stave 2—The First of Three Spirits, read by Tim Bruce

Stave 3—The Second of Three Spirits, read by James Gillies

Stave 4—The Last of the Spirits, read by Greg Wagland

Stave 5—The End of It, read by Malk Williams

Stave 5—"This Is the Truth"—English traditional

The Epilogue, by Helen Roberts, includes a Public Domain Article by Catherine Water, originally published in 'The Conversation' in June 2020.

These stories, originally published between 1843 and 1871, are in the public domain. The traditional Christmas music is also within the public domain—with original arrangements by Kelvin Towse created for this audiobook production.