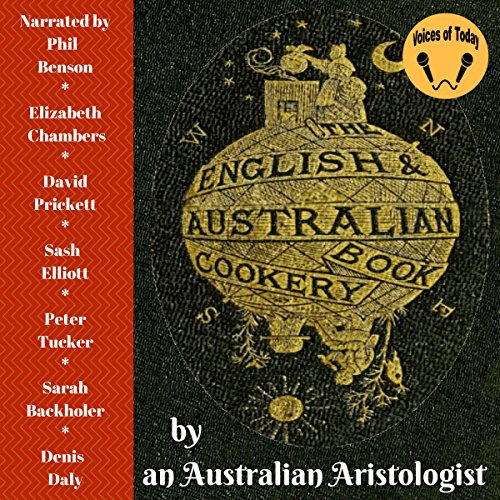 In the 19th century, when books were comparatively rare and expensive, encyclopedic compendiums about managing households became very popular. The most notable example in this genre is Isabella Beeton's Book of Household Management, first published in 1861. Three years later, Edward Abbott, who described himself as an “Australian Aristologist”, published The English and Australian Cookery Book, which has the subtitle Cookery for the many, as well as the for the ‘upper ten thousand’. The author explains his intentions in the preface: “A writer of repute (Dugald Stewart) has said that cookery and the fine arts are analogous. I cannot discover the resemblance; but I do contend that there is affinity between hospitality and cookery, for the former would be unavailable without the aid of the latter. I offer no excuse, therefore, for the publication of this small matter-of-fact work on the cookery of the present day, for it will be found practically useful to persons in every situation in life - to the English housewife, and to her prototype in the Colonies. The following pages will show the British and Colonial mode of rendering the various articles that God has been pleased to give us for our use, nutritious and wholesome, as well as palatable to our tastes.”