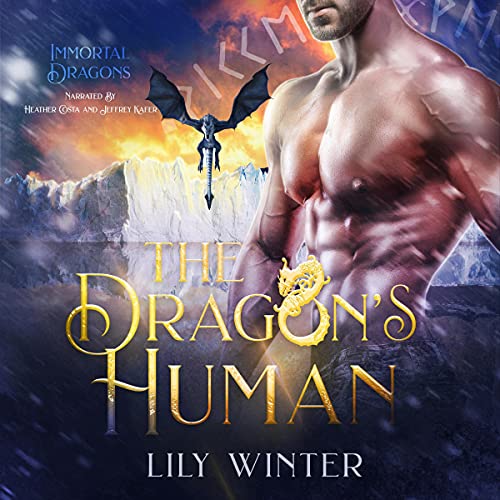 It’s not unusual for Kai’s best friend and business partner to be a little hard to track down. Wolf shifters don’t always check email. But for Noah to drop off the grid for days? Something’s wrong.

Noah’s trail dead-ends hard against Kai’s worst fear - a lab, a place of nightmares for creatures like him. As he prepares to walk in, he hopes like hell he’ll walk out again. With Noah. Preferably alive.

Lucy is thrilled with her dream job - head scientist at a private lab, with her pick of plum projects. But lately, she suspects she’s surrounded by secrets. Sketchy meetings, people who arrive but don’t leave, and even hidden passageways. One peek behind a forbidden door, and too late, she remembers why she shouldn’t snoop.

Kai was ready for anything, but he never expected to meet the desperate eyes of the one thing he never thought he’d find: his mate. Worse, she’s not the only complication. There’s a lab full of them. And a secret that could threaten the freedom - even the lives - of every more-than-human on the planet.

Please note: The Dragon’s Human is the second of a three-book paranormal dragon shifter romance series. Each book will have a complete HEA romance, connected with a continuing plot that will conclude with book three.

The Dragon and the Scientist

This was a really good story. Lucy works in a lab that Kai is a silent partner. Bad goings on are happening there, like experiments on humans. When Kai’s best friend and business partner disappears, he was last seen at the lab. Lucy and another scientist sneak into a secret area that houses humans (employees) in cells. She finds her friend there and gets her out of the cell but she is extremely strong and feral. Lucy runs and the woman runs after her. Lucy sees her shift into a huge wolf and race off into the woods. The next day, Kai goes to the lab to talk to the other owner and finds he is trying to abduct Lucy, the head scientist. Whatever is in the lab keeps Kai’s dragon hidden so he is unable to shift. Kai recognized Lucy as being his mate. He manages to get her to his car and his self-driving car outruns the bad guys and take them to his lair. Kai’s family doesn’t really care for humans but Lucy is his mate and will bring a lot to the table with her background. I thoroughly enjoyed this book.

Jeffrey Kafer and Heather costa did a great job with the narration. Jeffrey was especially smooth. I received this free copy audiobook at my request and have voluntarily left this review.

This world still fascinates me and keeps me devoured this series. Kai and Lucy were a great mated insta story. We get to see more from Kirin and Talia and all the other characters. Something about this series has me downloading the 3rd book on my kindle as its not currently on audiobook. Now to read the 3rd about Conley. Heather and Jeffrey does an amazing job as always.

I recieved this book for free on audible, and I am voluntarily leaving a review. Book 2: stand alone.
Kasey (sp) goes to see Kai, after not seeing or hearing from Jake, her mate, in three days to explain her thoughts after he was supposed to take her out, but never showed. Kai insists she stay with him until they find Jake. Upon investigation of where Jake had last been, a lab they a part owners of, Kai meets, Lucy, the head scientist AND his mate. Lucy is curious by nature, and all too soon she realizes it has gotten the best of her because she finds herself in trouble. ***My only issue was that there was no fight or resistance when it came to the whole mate thing, especially with Lucy knowing NOTHING of the shifters; and also because in the beginning even Kai was questioning a mate when them being human was a possibility.*** Read on to find out what will happen when it comes to Kasey, Jake, Kai & Lucy.

Shifters unite! Shifter experimentation is going on and it's up to a select few to unite the shifter world to overthrow the evil among them.

Fun and entertaining and steamy!

Female narrator did a good job, but it would’ve been better if she used different voices for different characters; hard to differentiate between the characters at times. Still a good listen. Male did a good job and fit the dragon shifter well.

Fun premise for this shifter short story. Kai, a dragon shifter, has a shifter friend that goes missing. Unfortunately, it seems like his friend may have gotten tangled up with some shady science lab. Lucy is suspicious of the lab she works for as a scientist; she’s started noticing weird people going off into locked rooms and weird sounds coming from the rooms. Kai and Lucy find themselves on the same path towards discovering what in the heck is going on. A steamy connection develops as the two work towards uncovering secrets and dealing with some dangerous people. Loved the connection between Kai and Lucy, and how logical Lucy was when she learned about shifters and such. She has that scientific mind set. Some really sweet moments between the two as well. The romance and action kept me entertained. Interested in reading more from this author since this is my first read.