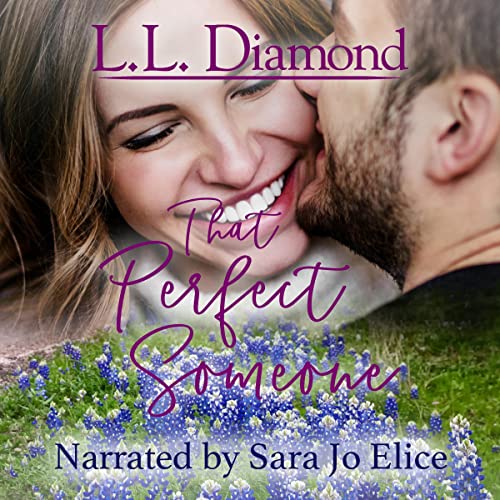 Lizzy Bennet has her life sorted—well, sort of. She’s a successful veterinarian, working with her brother, Chase, in the family’s practice, she has her friends and family, and she has her petite gray cat, Evie. But, the one thing Lizzy doesn’t have is a boyfriend. Men have just never worked out for her. When William Darcy shows up at her clinic to have his horse examined, he’s not exactly oozing charm, so why does her heart go pitter patter whenever he turns his arrogant gaze in her direction? He’s aloof, he’s distant, and by the way he looks at her, he thinks she’s an idiot, which is why she absolutely refuses to develop a crush on him. After all, why would any self-respecting woman pine over a man who’s not interested?

William Darcy just relocated to the Texas Hill Country after leaving his cheating fiancé and thieving father behind in Maine. His focus should be setting up his new stable and his horse breeding business and not the pretty auburn-haired veterinarian, but with Lizzy treating his horse, he can’t avoid her, can he? The biggest problem is he can’t stop thinking about her, and even his sister Ana has noticed the object of his preoccupation. He needs to get some space from her. A relationship between the two of them would be nothing but disaster!

Meanwhile, a suspicious accident at the Longbourn stable is reminiscent of an incident from his past and throws him into Lizzy’s path. All he wants to do is keep her safe, but she’s the most stubborn, headstrong woman he’s ever met. His biggest challenge now is to resist temptation whenever she’s around. How difficult can that be? It’s not like she’s that perfect someone.

I loved this story, and while I thought the narrator performed the female voices well, her Darcy and other male voices were not very good.

Another fabulous read from one of my favourite JAFF authors, L.L. (Leslie) Diamond. She provides a perfect summary in the book description, so no need to repeat it here. She is very proficient you know. Another of her talents is the ability to, without exception in my view, grab my attention from the beginning of the book. Her books are always page-turners for me.

This engaging, modern variation is no exception, as Elizabeth (the veterinarian) and, Darcy (the new rancher in town) have their very first encounter in the early pages. Of course, it will be a rocky beginning when Darcy, expecting a male veterinarian to treat his horse, exhibits a modern form of prejudice toward a woman vet. Elizabeth consequently gets her not-undeserved-defensive hackles up as a result. So much for first impressions.

With some success, an enemy from Darcy’s past will appear in order to cause him havoc and pain. With a transgender character, Ms. Diamond provides inclusivity and affectionately weaves an adopted Bennet brother into the story who was not so accepted by his own family.

While I love Regency JAFF, I’m also partial to modern/contemporary interpretations as well. I loved this Texas Hill Country setting which reminded me of my own visits there. I also liked the career paths given to the main characters. Mr. Bennet is semi-retired from their family veterinary clinic and other family members are involved. The author has made it known she has a background with horses and worked in a veterinary hospital, so her experience is nicely revealed through accuracy in the writing.

I loved this book and highly recommend it, especially if you enjoy a fresh, contemporary rendition of an Austen favourite, Pride and Prejudice.

A bit too much…

I stopped listening part way through. The trans character and relationship was just too front and center for my values.

It’s a wonderful love story with a tear-jerking scene. The female voices were great, but the male voices needed help. William Darcy’s voice sounded more like an elderly woman or a man with a cold. Sometimes I couldn’t tell the difference between the multiple male characters in the scene; they sounded alike.

Loved this story. Modern P&P. Some angst due to a very bad Wickham. But all ends well for ODC. Great Jaff