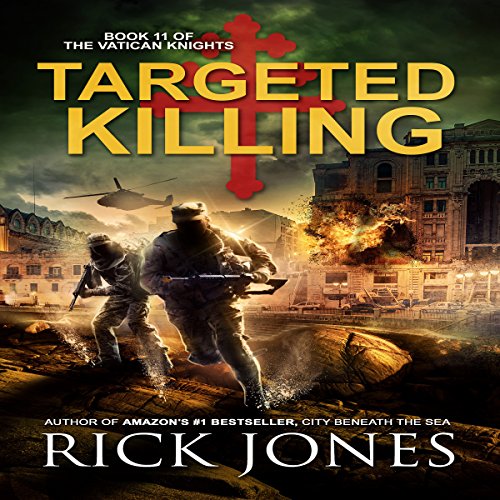 Long before Kimball Hayden became a Vatican Knight, he once served as an elite assassin for the United States government. After the ordered assassination on a United States senator by a cabal within the US command, Kimball is set up for failure and is believed dead by the Pentagon brass. But when a leading political principal involved with the senator's murder discovers that Kimball Hayden is alive and under the protection of the Vatican, he's immediately seen as a threat to a certain few on Capitol Hill regarding the sanctioned hit on the senator, and those involved.

In Malta, while on retreat, Kimball Hayden becomes the subject of a targeted killing, and soon finds himself on the run from a CIA liquidation squad. As the Special Activities Division closes in to neutralize their target to keep secrets safe, the Vatican Knights are called upon to save one of their own.

But there's another secret involved, a mission that was created to kill hundreds in order to promote a CIA agenda.

The clock is ticking.

Malta is on the brink of disaster.

And Kimball Hayden is running out of time, as an elite paramilitary unit hunts him down.