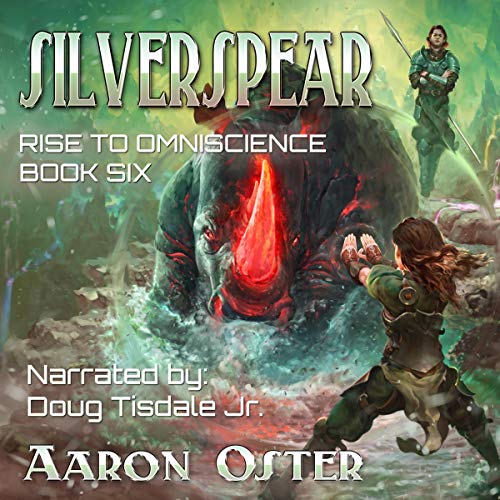 Two years have passed since the fall of Octagon the Bitter and the dire warning from Order. The barrier that once separated the Five Kingdoms from the rest of the world is failing. Morgan is the first to encounter one of these invaders, signaling that the time has come for him to set out on his mission.

He won’t be going alone, as he is sidetracked by an unexpected guest when visiting the Ruined City. Morgan can’t remain in the Five Kingdoms for long and must set out for Faeland, the continent of their enemies.

The rulers of Faeland have been preparing as well. Warned by a new Pantheon of gods that the human scourge is free once again, they move to act before their ancient enemies have a chance. War is brewing on both sides, even as gods scheme and ancient monsters stir. Only one thing is definite – Morgan will do whatever it takes to see his mission through to the end. No matter the cost.

Warning: This book contains profanity, gore and content that may not be suitable for children. This book also contains GameLit elements, such as stat sheets, a form of leveling and experience gain.

Didn't even realize silverspear was available on audible. Once I found out I bought it and immediately started listening. The character development on Morgan is great. He's come along way from the little emotionless supermage from book one.

I was not sure if I'd like a new Supermage in the story, but Grace is awesome. I hope you keep writing more and more, and as always Doug is a phenomenal narrator!!

I came across this series in passing and have not put it down since I'm thoroughly enjoying myself.

I will listen until the end of the series! No doubt.
This series is absolutely epic!

one of my favorite LITrpg series. Love characters development and how is storyline is evolving

changing mechanics in the middle of the story... going from litrpg to just lit... sad

Good but could have been better

I like this series a lot, but a part of what I enjoyed was the world building. This book changed to many of the world's established rules with little to no explanation. That being said the plot is still excellent and engaging. I think that adding Grace was an excellent idea and I enjoyed her involvement in the story.

this book is catching and entertaining to all who have read or listened to the previous in the series. The speaker and the plot practically glue you to the story. Absolutely breathtaking.

cool as ever! I am loving it!

Again the Story around the supermage Morgan continued along a fascinatingly captivating new development. I'm very excited to see what Comes next and how newly introduced characters and hinted other parties will weigh in on the further development.

Is it just my misperception?

I love the books of rise to omniscience, but there is one thing I don't understand. Is it just misperception or was it just out of story convince? If the world beasts wake up from the smell/taste of a gods blood, then why didn't they wake after Morgens fight with Samuel? It's not like morgen bothered to rinse himself before walking about the north again.