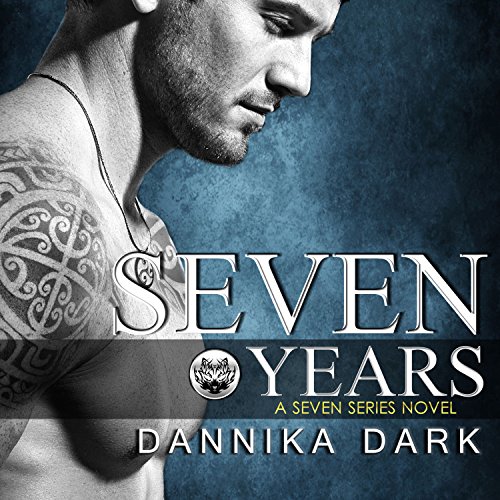 It's been seven years since Lexi Knight lost her brother in a tragic accident. On the anniversary of his death, her brother's best friend shows up unexpectedly - a man she hasn't seen since the funeral. He is no longer the boy Lexi once knew, but a dangerous-looking man with tattoos and dark secrets. He broke her trust and abandoned her family, yet what he reveals makes it impossible to stay angry.

Lexi has been secretly infatuated with Austin since childhood, so finding out he's a Shifter just makes him sexier. Dammit. Austin Cole has returned to the city where he grew up, and just in time. He's lived a hard life these past seven years, and the shadows of his past are threatening to destroy Lexi's family. It's time that she learned the truth about her brother, but there is a shocking twist that Austin never saw coming. Now he must protect her family when her mother and sister wind up in mortal danger. Will Lexi learn to accept the truth about who he is, and can Austin salvage a relationship from the ruins of their past?

I think the story had potential but there were a few annoyances that will probably prevent me from continuing the series. The narrator did a great job with everyone’s voices except the main character. For some reason she sounded too old to be just 28. The main character also seemed really weak and made bad decisions when it came to defending/ taking care of herself. And then, which is a huge thing for me. How is there only one weak a** sex scene at the end of the book?!?! And that scene is so “unsexy” that you can actually skip it... So disappointing! At least it was a part of the romance package so I didn’t spend a credit for this. Just wasted my time unfortunately.

I've had this book on my Wishlist for ages and decided to take a leap of faith while on a "book hangover" from the end of a favourite series. WOW am I glad I did! This book had everything that ticks my boxes, excellent story and world building, awesome narrator that does male and female characters well and lots of action. Well worth the credit.

What made the experience of listening to Seven Years the most enjoyable?

This review is for the whole series

Nicole Poole is a great narrator. I hated her voice for the first 10minutes and at times the recording quality wasn't dynamite, but then a bit further into the book she BLEW ME AWAY. Her male voices are especially great. They are each unique and distinguishable but also not over the top and annoying. Her acting is terrific as well. When I listen I am completely immersed.

Dannika Dark makes the paranormal aspects of this story really great. There are a lot of books that explore the dynamics within wolf packs, but she makes the family dynamics in this pack very "real". The alpha males aren't so alpha-y that you want to smack them and say "get over yourself". They respect their women but also are macho in that sexy way you gotta love.

The author also added new types of paranormal characters that I've never heard of before and they really work. I'd highly recommend listening to the series about Mages, the first is titled Sterling. It will give more background info that intertwines nicely with these books. Also, the relationship the paranormal world has with the human world seems more believable in these books than others out there.

I enjoyed the book, not the narrator

The story is fun and I've gone on to read the next books in the series, but I'm reading them. The narrator's voice doesn't really fit the characters for the book and I found myself wanting to continue with the story, it was just frustrating to listen to. The books are inexpensive on my Kindle and I've almost finished the whole series. The writing seems to get better with book (or maybe I just didn't like how it was being read?).

The Reader's Voice is Rough

Constantly sarcastic sounding voice and screechy when recounting emotional passages. I just had a hard time listening. Her rendition of the little sister's voice was unintelligible (too high pitched with no enunciation). So, it was hard to know what she was saying at times.

Am I the only one?

I thought this one would have been better if it were shorter. I just got board with how slow it moved and never really related or like the main characters. I tried to speed up the narration and even that did not help, everyone else seems to love it, I wish I had, but it just was not for me.

I was soo excited when I realized this book was coming to audible. I read Seven Years when it first was published and instantly feel in love with the story. Dannika writes a captivating story full of suspense, sexual tension, action and romance. Lexi Knight is a 27 year old adult that has been working the same job, in a candy story, for the last seven years. She also has been living in the same town since she can remember. Seven years ago, her world was changed forever when her older brother, Wes, was killed in a car accident and her father decided to leave her mother, her newborn sister and Lexi without a look back. In the midst of this crisis, Wes' best friend Austin, who has been like a big brother to Lexi, suddenly leaves after Wes's funeral without so much as a good bye to his adopted family. Seven years later, Lexi is struggling with her love life, trying to help her mom with Maisie and trying to figure out what she wants in her life when Austin walks back into the picture, with that damn lean, and turns Lexi world right side up. Buried secrets from the past finally come to light and Lexi begins to understand who she is, exactly where her life is meant to go and who she is ultimately meant to be with.

Nicole does an excellent job of telling the story with as much passion and intrigue as Dannika put into the story. To saw the next book, Six Months, is already an automatically download for me is an understatement. I hope it comes to audible soon.

IMO, buy buy buy. I know you will enjoy this book.

To say my library's got a good share of Shifter books in it would be an understatement...... but I think this is absolutely THE BEST of all of them. It introduces you to a host of loveable characters who all get entwined in a really enjoyable and entertaining plot that's got everything I was looking for.

In this first taste of the fresh were-world it's very much character driven and you can't help but feel part of their world as you get to know each of them and what part they all play in this new community. Dual POV's and the Narrator did a FANTASTIC job in bringing all of events and characters to life.

Worth a credit? Oh boy is it ever, I loved it and I'm desperate for the next instalment which will be an auto buy for me.

great narrator, story snd finally something not about a teenager. credit worthy, and worth spending a credit on.

The story was good. Not the best, but decent. I think the most difficult part was the narrators voice. She did a good job overall, but I just could not picture how the story described Lexie in the story with that voice. It sounded too old for a 27 year old.