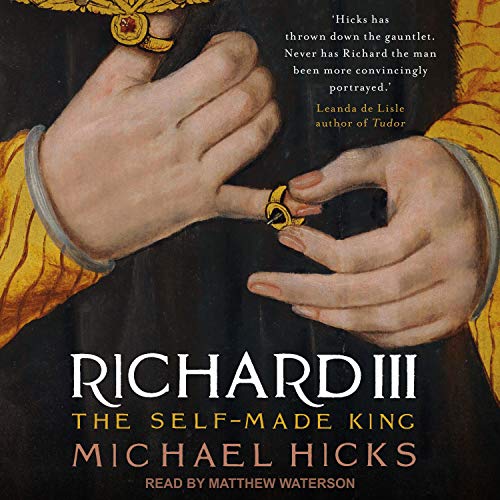 The reign of Richard III, the last Yorkist king and the final monarch of the Plantagenet dynasty, marked a turning point in British history. But despite his lasting legacy, Richard only ruled as king for the final two years of his life. While much attention has been given to his short reign, Michael Hicks explores the whole of Richard's fascinating life and traces the unfolding of his character and career from his early years as the son of a duke to his violent death at the battle of Bosworth.

Hicks explores how Richard - villainized for his imprisonment and probable killing of the princes - applied his experience to overcome numerous setbacks and adversaries. Richard proves a complex, conflicted individual whose Machiavellian tact and strategic foresight won him a kingdom. He was a reformer who planned big changes, but lost the opportunity to fulfill them and to retain his crown.

I do not often learn much when reading about this era. In this case I did.