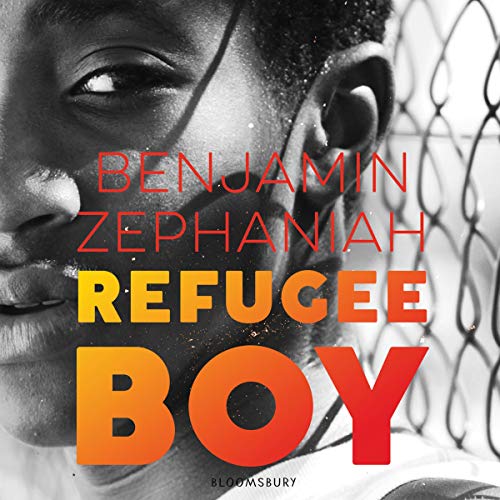 Acclaimed performance poet and novelist Benjamin Zephaniah's honest, wry and poignant story of a young refugee left in London is of even more power and pertinence today than when it was first published.

Life is not safe for Alem. His father is Ethopian, his mother Eritrean. Their countries are at war, and Alem is welcome in neither place.

So Alem is excited to spend a holiday in London with his father - until he wakes up to find him gone. What seems like a betrayal is in fact an act of love, but now Alem is alone in a strange country and he must forge his own path....

Brilliantly written and with a real ear for dialogue, fans of Angie Thomas and Malorie Blackman will love Benjamin Zephaniah's novels for young adult listeners:

"Humour and innocence are both to the fore as is a sweetness of tone...more street than poetic, and personal yet universal, Refugee Boy is well told by impassioned writer." (York Press)