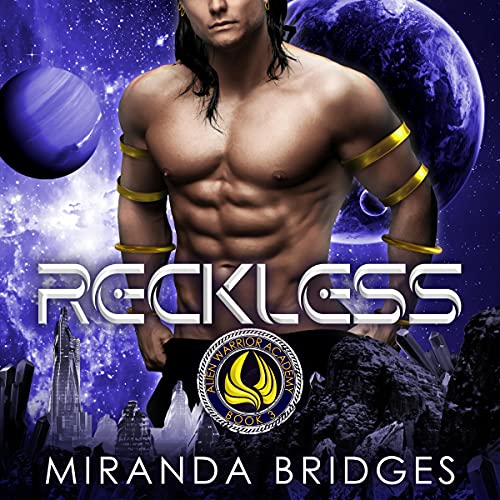 My instructor hates me.

If I could use my hacking expertise to fly through the academy’s courses I would, but that doesn’t work in hand-to-hand combat. And this guy? He’s determined to turn me into a soldier. Except I’m more suited to being a nerd than a killer.

I’m not here to learn those skills, only enhance my knowledge of alien technology, and it doesn’t include the Lokarian anatomy. But then I’m getting tutored privately (because that’s how much I suck), and it’s giving me an upfront view of the male’s body as he kicks my Georgia peach two ways from Sunday.

And if that’s not enough, I’m being denied the opportunity to decode the enemy’s secrets. So I do what I do best: steal it. I am a hacker after all. Duh.

Will I be able to uncover the threat in time to save the academy, while simultaneously resisting my instructor’s lingering touches and smoldering looks? Or will I find myself being phished, but instead of a security breach it’ll be a full-on death trap?

I am wondering if Dash Coleman is actually computer generated. I have really enjoyed this series, the first 2 books by Tans Stone and Hope hart, but this one not so much. Both readers are pretty awful, Dash doesn’t even seem to be an actual person, just a voice reciting words. The writing is simple and stilted, there is either way too much emotion or not enough. I think the combination of the writing and not great readers makes this a hard listen. I’m trying to finish it though so I can get on with the next book.

The problem with a series written by different authors is quality control.

The main character was a bust

The character of Autumn is extremely immature and very stupid considering she's supposed to be a genius. I was very disappointed.

I like Miranda Bridges and her stories are usually enjoyable so was happy she was part of this series. I was not disappointed and really enjoyed the story. What I didnt like was the narration by Dash Coleman. He voiced it like a text-to-speech robot. It was so stiff and almost completely emotionless that it really felt empty at times. I was hard to stay in moment when he clinically read what was happening or the intimate dialogue with no believable cadence.

Jenny Watson's narration was a slow burn for me, but by the end I really enjoyed her style and voiced characters.

I would still recommend this story and the series. It has been good overall and I'm looking forward to the finale.