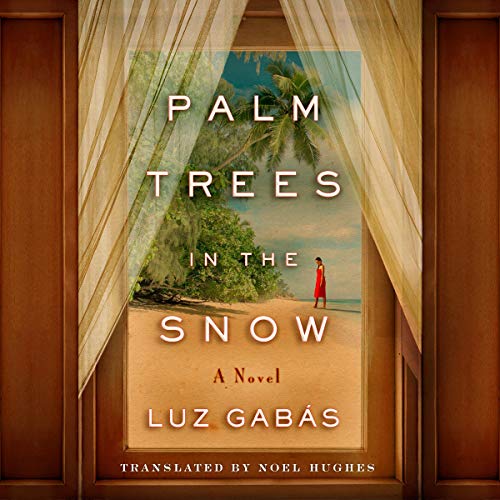 Palm Trees in the Snow

At once an epic family drama and a sweeping love story that spans both an ocean and a generation, Palm Trees in the Snow is an emotionally gripping and historically vivid tale of the secrets that can destroy a family - and the bonds that endure.

When Clarence of Rabaltué discovers a series of old letters from her father's past, she begins to doubt everything she thought she knew about her once-noble family. Her father and his brother worked in the colony of Fernando Po, but these letters tell a different story than the tales of life in Africa that made it to the dinner table. Clarence has no idea what really went on during their time at the cocoa plantations - or why no one in her family has ever returned to the island in all the years since. But the letters suggest that a great love story is buried beneath the years of silence.

Setting out from her home in Spain's snowy mountains, Clarence makes the same journey across the sea that her uncle and father traveled before her. There, she unlocks the painful secrets her family has hidden in the rich African soil. But what she discovers may also be the key to awakening her own listless heart.

I listened to this book after watching the movie on Netflix.the book is more detailed, the film did not do the book justice at all.

Too long, too many details, too much back and forth between times and people groups for me. It was well researched, but a bit overwhelming for me. Interesting family saga overall, but I got tired of so many problems.

Where does Palm Trees in the Snow rank among all the audiobooks you’ve listened to so far?

Killian, born with a pure and good heart.

Which character – as performed by Malcolm Hillgartner and Angela Dawe – was your favorite?

Basilia, wanted to see more of her and Killian, their time together was too short.

What an absolute joy and breathtaking story

Having loved the movie, i felt compelled to read the book and what a wonderful decision my only regret is that it is now finished and I can no longer on my daily commute be swept away by the words and the images of a love story written in a time and period that I knew nothing about, allowing me to escape to that time and place, learning of the lives of those from such different worlds but united by events out of their control..... I truly did not want this book to end.

They are both wonderful

I first saw the movie on Netflix, and though it is a little different, it does a great job of telling the story.

This is my second time listening to the book. This love story is beyond a love story. This book is amazingly excellent, and I am grateful for the translation.

Please, everyone and anyone, listen to this beautiful narration.

I loved every minute of this book. I saw the movie first and became interested in the book as a result. Beautifully written and moving.

I didn't love it and didn't hate it. there were so many characters that I found myself struggling with who was who at a couple points.

I just love it. Overall, Story, performance.
Wish it is 10 more hours....
Will check another books of this author.

I am a huge fan of historical fiction and of contemporary Spanish literature.
This poetic novel never disappoints for the reader looking for a quality piece of literature.

The book started off a little slow and I was lost and thought maybe I should just stop and move on to another book but I am glad I stuck with this book because the story was wonderful. I was transported into another world where cultures clashed sometimes shamefully, I was given the gift to witness a love story than spans through all time , tragedy, heartbreak and happiness unfold. I was taken on a journey where the past meets the present and secrets unravel and forgiveness and understanding is found.