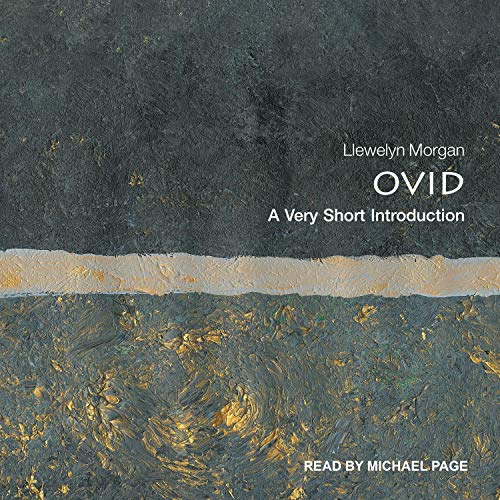 "Vivam" is the very last word of Ovid's masterpiece, the Metamorphoses: "I shall live". If we're still reading it two millennia after Ovid's death, this is by definition a remarkably accurate prophecy. Ovid was not the only ancient author with aspirations to be read for eternity, but no poet of the Greco-Roman world has had a deeper or more lasting impact on subsequent literature and art than he can claim. In the present day, no Greek or Roman poet is as accessible, to artists, writers, or the general listener: Ovid's voice remains a compellingly contemporary one, as modern as it seemed to his contemporaries in Augustan Rome. But Ovid was also a man of his time, his own story fatally entwined with that of the first emperor Augustus, and the poetry he wrote channels in its own way the cultural and political upheavals of the contemporary city, its public life, sexual mores, religion, and urban landscape, while also exploiting the superbly rich store of poetic convention that Greek literature and his Roman predecessors had bequeathed to him.

Llewelyn Morgan explores Ovid's immense influence on later literature and art, spanning from Shakespeare to Bernini. Throughout, Ovid's poetry is revealed as enduringly scintillating, his personal story compelling, and the issues his life and poetry raise of continuing relevance and interest.